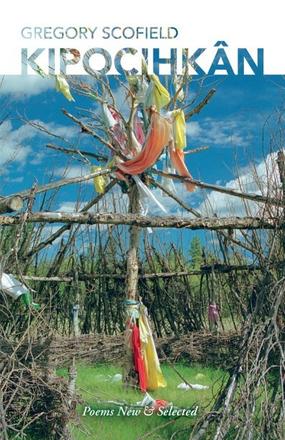 The first anthology of urban Aboriginal songs by Gregory Scofield is a retrospective of the award-winning poet's pivotal work to date. The word kipocihkan is Cree slang for someone who is mute or unable to speak, and charted in this book is Scofield's journey out of that silence ... Read more

The first anthology of urban Aboriginal songs by Gregory Scofield is a retrospective of the award-winning poet's pivotal work to date. The word kipocihkan is Cree slang for someone who is mute or unable to speak, and charted in this book is Scofield's journey out of that silence to become one of the most powerful voices of our time.

"I make offerings to my Grandmothers and Grandfathers when I write. I ask them to come and sit with me, to give me courage and strength. I ask them to help me be honest, reflective of the ceremony that I am about to begin. I ask them to guide me, to help me touch people. I ask to make good medicine, even out of something bad. When people read my work it's not just the book that they read, it's the medicine behind the words. That's where the power comes from. That's where the healing comes from. "
--Scofield in January Magazine

Gregory Scofield is Red River Metis of Cree, Scottish and European descent whose ancestry can be traced to the fur trade and to the Metis community of Kinesota, Manitoba. He has taught First Nations and Metis Literature and Creative Writing at Brandon University, Emily Carr University of Art + Design, and the Alberta College of Art + Design. He currently holds the position of Assistant Professor in English at Laurentian University where he teaches Creative Writing, and previously served as writer-in-residence at the University of Manitoba, University of Winnipeg and Memorial University.

Scofield won the Dorothy Livesay Poetry Prize in 1994 for his debut collection, The Gathering: Stones for the Medicine Wheel. In addition to several volumes of poetry, Scofield is the author of the memoir, Thunder Through My Veins (1999), and his latest collection of poetry is Witness, I Am (2016). In 2016, The Writers' Trust of Canada awarded Scofield with the Latner Writers' Trust Poetry Prize.

kipocihkân rewards readers through its excellent, tight composition . .. His writing sings out a profound honesty about the complexity of life, identity, and heritage from a Metis perspective that continues to promise strong future work.
--Kit Dobson, The Goose

Touching and poignant, if not tragic, kipocihkân is a fine and recommended volume of poetry.
--Midwest Book Review (Wisconsin)

Gregory Scofield's Kipocihkân combines ten new poems with relatively short selections from the poet's five previous volumes, which range from The Gathering (1993) to Singing Home the Bones (2005) . .. The introductory poem, "kipocihkân," is a tour de force of code-switching, alternating between Cree, English, Hebrew, and Yiddish, the juxtaposition of languages enacting Scofield's account of how he came to be a poet; his is a complex family history, full of both violence and sacred stories . .. This reality, for Scofield, includes traumatic events of past and present, from "the day Riel slipped through the gallows" to "the halls of psych wards" to "a pile of broken bones. " Thus the book must begin with ceremony, with prayer for survival: "Ba-ruch A-tah Ado-nai," he writes, "pîmatisiwin petamawinân. " Scofield gives thanks, and, almost in the same breath, asks for life. "I'll teach you Cree," he promises. He does, and much else besides.
-- Nicholas Bradley, Canadian Literature

Through Scofield's vivid language, readers hear [his ancestors'] voices and songs, imagine the poet's mother strumming her guitar, and see steam rising up from a cup of Red Rose tea . .. his new poems offer up hidden treasures to the perceptive and patient reader.
--Arc Poetry Magazine

This retrospective of award-winning poet and memoirist Scofield's most pivotal work to date draws on his five previous collections of poetry.
--Prairie Books NOW 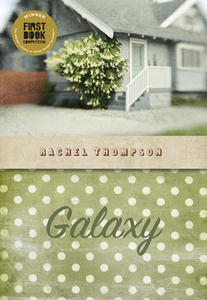 As summer draws to a close, the leaves are starting to turn and before we know it, it will be winter. To keep the green in your life all year round add some of these beautiful green books to your book shelf!

Other titles by Gregory Scofield