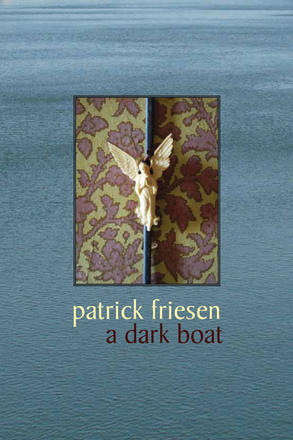 'A Dark Boat', a new collection of poetry by Patrick Friesen, is heavily influenced by 'cante jondo' (Spanish "deep song", or flamenco) and 'fado' (Portuguese songs of longing). Friesen approaches music as a method of weaving his poems with both Spanish and Portuguese aspects ... Read more

'A Dark Boat', a new collection of poetry by Patrick Friesen, is heavily influenced by 'cante jondo' (Spanish "deep song", or flamenco) and 'fado' (Portuguese songs of longing). Friesen approaches music as a method of weaving his poems with both Spanish and Portuguese aspects of longing, imagistic leaps, and darkness. The poems in 'A Dark Boat' try to shake hands with darkness; the kind of darkness that is rich and necessary for a full human life, the darkness of soil into which seeds drop and grow, the darkness of the grave into which the body is lowered. They explore the kind of loneliness and yearning that is contained in the Portuguese word 'saudad:' a longing for something in the past that can never be found because time has shifted everything away from what it was. Although musically aware and inspired, Friesen's poems do not delve too deeply into the metaphorical; rather, they thrive on an allusive and suggestive level that makes room for jarring non sequiturs andvibrant images. These elusive and emotional poems say much, while telling as little as possible. ". ..His (Friesen's) sensitivity as an artist affects all his work in a profound and beautiful way. . ..Friesen writes about a world that is "quiet" but teeming with emotion; this world is alive and "writhing" with lust, obsession, inspiration, suffering, and yearning. . ..There is a musicality to Friesen's writing, a lyricism indicative of what the Spanish term "Deep Song", a more somber stream of flamenco music. There are constant references to fado music, pianos, horns and Tom Waits, as Friesen probes the universality of music. . ..The poems are not frivolous but neither are they suppressive or overwrought by the darkness. Instead, the themes are the undiluted musings of an adult, contemplative, full of yearning and with an awareness of death. Friesen is preoccupied with dancing, the motion of feet and legs. In his poems everything from walking and drunken stumbles, as well as the movementof dance, is associated with lust, struggle and resistance. This becomes the perfect backdrop for historically rich poems about Lorca. . .." - Vancouver Weekly ". ..If you've never heard fado music, you should. It is an intense, raw, emotional music which Patrick compared to the Delta blues, another passion of his. Or you could just read this book, which is imbued with his reminiscences of his trip and the music of fado. . ..lines that punch you in the gut, leaving you breathless. . .." - PrairieFire

Patrick Friesen writes poetry, essays, drama, scripts, songs, and text for dance and music. The author of over a dozen books of poetry, Friesen has collaborated with various musicians, including Big Dave McLean, Cate Friesen, and Marilyn Lerner, and with choreographer-dancers Margie Gillis, Stephanie Ballard, and Ruth Cansfield. Friesen also teaches, part-time, as a sessional in the Writing Department at the University of Victoria. His most recent poetry book is 'jumping in the asylum'(Quattro Books, 2011). Formerly of Winnipeg, Friesen now lives in Brentwood Bay on Vancouver Island. 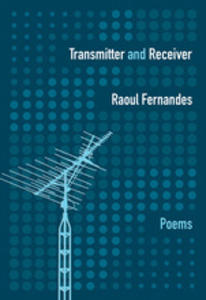