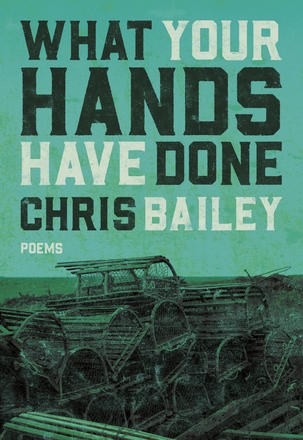 What Your Hands Have Done looks at how life spent in a close-knit fishing family in rural Prince Edward Island marks a person. The book is rooted in PEI but moves from there to Toronto where the malaise of life proves to be unbound to the sameness of small-town days spent ... Read more

What Your Hands Have Done looks at how life spent in a close-knit fishing family in rural Prince Edward Island marks a person. The book is rooted in PEI but moves from there to Toronto where the malaise of life proves to be unbound to the sameness of small-town days spent hauling gear on the Atlantic or toiling in rust-red potato fields.

Bailey examines the world around him from the inside, observing the minute to account for the vast. These poems are laid bare and free of ornament, revealing the hard-won wisdom just below the surface:

She was there, cooked for you. Helped clean

the mess you’d become from decades

from its depths, gulping down the sea air.

Even when the booze was too much,

she knew you were more than the vomit

caked to your shirt. Less than confessions

made beneath the red summer moon.

Chris Bailey is a commercial fisherman from North Lake, Prince Edward Island. He got his MFA from the University of Guelph and is a past recipient of the Milton Acorn Award for Poetry. His writing has appeared in Grain, Brick, The Buzz, The Town Crier, FreeFall, and on CBC’s Mainstreet PEI. Chris’ debut poetry collection, What Your Hands Have Done, is available from Nightwood Editions.

“Bailey’s work explores questions of identity: family and roots—mostly working class—character portraits and poems of romance. There’s much to admire in these short, clean stanzas and the landscape that shines through behind them—its pine trees and cold rain, its lobster and herring gear, its dark sky and restless ocean. ”

“Chris Bailey canvasses easily—adroitly—that difficult, East Coast world of hardscrabble, hard-luck ports and hard-living, hard-drinking fishers, the epicureans of cynicism and the aesthetes of brutalism. This dominion’s one where funerals are festive and the clear-eyed must enjoy adultery and the clear-headed must tolerate suicide. Think E. J. Pratt meets Charles Bukowski. ”

“Fifty years after Alistair MacLeod honoured and elegized that world in ‘The Boat,’ Bailey summons the reality of that life in the twenty-first century, in language both visceral and eloquent. This is no quaint voice from the Land of Anne. Suffused with our era’s geist and angst, which have penetrated to the rural periphery, Bailey is a sharp-eyed, clarion-voiced witness in his crow’s nest. This book is a spy-glass you’ll want to glue your eye to. ” 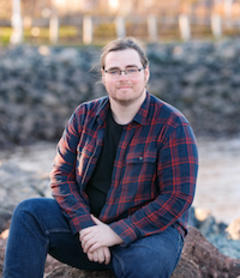 If the first thing that comes to mind when you think about PEI are L.M. Montgomery's idyllic island visions, Chris Bailey's debut poetry collection  What Your Hands Have Done (Nightwood Editions) will offer fresh perspectives. We sit down with Chris in this ALU Read the ... Read more 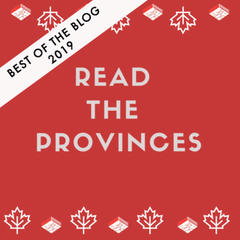 It's still Canada Day in our books! Our celebratory cheers today are for all the gorgeous, compelling, and exciting reads coming out of our country. Check out our list of books that celebrate writers in every province.