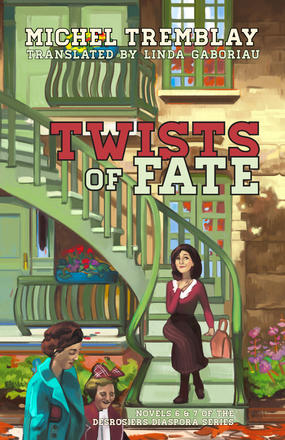 Michel Tremblay’s Twists of Fate gathers volumes 6 and 7 of the critically acclaimed Desrosiers Diaspora series of novels, If by Chance and Destination Paradise. In If by Chance, set in 1925, the great Ti-Lou, the famous She-Wolf of Ottawa, returns to Montréal. After a fruitful ... Read more

Michel Tremblay’s Twists of Fate gathers volumes 6 and 7 of the critically acclaimed Desrosiers Diaspora series of novels, If by Chance and Destination Paradise. In If by Chance, set in 1925, the great Ti-Lou, the famous She-Wolf of Ottawa, returns to Montréal. After a fruitful career at the Château Laurier, in the royal suite where she welcomed diplomats and men of the world, politicians and ministers of worship, she packs up and sneaks off, her suitcases replete with savings acquired at the cost of her body. Unrepentant, always whimsical, a damsel in distress, Louise Wilson-Desrosiers was a proud, free, exemplary courtesan … When she arrives in the hall of the Windsor station, she wonders what surprises life may have in store for her. Five possible fates await her, each with their share of risks and opportunities, of good and less good fortune. But in each of these lives, Ti-Lou will have to deal with more than mere chance, because awaiting her at the crossroads are the blade of loneliness and, worse still, the fear of allowing herself to be loved. In Destination Paradise, we enter the Paradise Club, on 1930s Montréal’s Main Street, one of the few places that caters to old boys, in a spot dubbed the Ringside. It’s where Édouard Tremblay made his entry into the “big world,” shortly after becoming a shoe seller on the avenue du Mont-Royal. Precocious despite his eighteen years of age, he is carried away by his double, the Duchess of Langeais, whose story he has just read in Balzac’s eponymous novel. Of course, we already know that Édouard will become the Main’s undisputed queen of the Montréal drag scene, associated with the spectacular Acapulco nights; but we knew less about Édouard’s beginning in life, the childhood of his stage character. Destination Paradise tenderly exposes Édouard’s rite of passage. 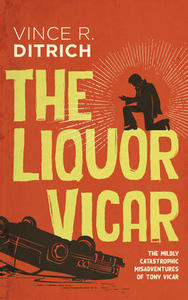 Fans of British comedy-adventure movies, Albatross by Terry Fallis, or Will Ferguson's The Shoe on the Roof  will enjoy this new novel by Vince R. Ditrich. The Liquor Vicar (Dundurn Press) is a witty, laugh-out-loud debut that will have you holding your sides.