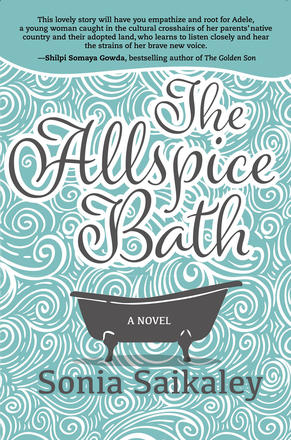 It is 1970. The evergreens are thick with snow despite it being the month of April. In an Ottawa hospital, another daughter is born to the Azar family. The parents are from Kfarmichki, a village in Lebanon but their daughters were born in Canada. Four daughters, to be precise. ... Read more

It is 1970. The evergreens are thick with snow despite it being the month of April. In an Ottawa hospital, another daughter is born to the Azar family. The parents are from Kfarmichki, a village in Lebanon but their daughters were born in Canada. Four daughters, to be precise. No sons. Youssef is the domineering father. Samira is the quiescent mother. Rima, Katrina and Mona are the traditional daughters. Then there is Adele, the newest member. "You should've been born a boy," Samira whispers to Adele shortly after her entrance into the world. As she grows, Adele learns there are certain rules Lebanese girls must follow in order to be good daughters. First off, they must learn to cook, master housework, learn Arabic and follow the traditions of their culture. Above all, they must save themselves for marriage. But Adele dreams of being an artist. When she is accepted to the University of Toronto, this is her chance to have a life outside the confines of her strict upbringing. But can she defy her father?

When Youssef surprises her with a family trip to her ancestral home, Adele is excited about the journey. In Lebanon, she meets Elias. He is handsome and intelligent and Adele develops feelings for him until Elias confides to her that her unexpected meeting with him was actually a well-devised plan that is both deceitful and shocking.Will this unravel the binding threads of this close-knit Lebanese family? Crisscrossing between Ottawa, Toronto and Lebanon, The Allspice Bath is a bold story about the cultural gap and the immigrant experience.

Sonia Saikaley was born and raised in Ottawa, Canada to a large Lebanese family. The daughter of a shopkeeper, she had access to all the treats she wanted. Her first book, The Lebanese Dishwasher, co-won the 2012 Ken Klonsky Novella Contest. Her first collection of poetry, Turkish Delight, Montreal Winter, was published in 2012. A graduate of the University of Ottawa and the Humber School for Writers, she lives in her hometown of Ottawa.

"The title of Sonia Saikaley's coming-of-age novel, The Allspice Bath, beautifully expresses the dilemma faced by its gutsy main character, Adele Azar: whether to conform to the strict expectations and traditions of her Lebanese immigrant family--literally, to sink into a bath of the spice most often used in Lebanese cooking-- or to dare to rebel and live her life, her way. For Adele, there are no easy answers to the questions: who am I and who do I want to be? Growing up in Ottawa in the 1970s and 1980s as the youngest of the four daughters, she is constantly torn between whether to be a 'good Lebanese girl' or a 'real' Canadian--a struggle that begins with her father's first words to her, 'You should have been a boy.' Adele chafes under the limitations placed on her by her family, resents the way her sisters bow to the wills of their father, boyfriends and husbands, and secretly longs to be the daughter of a kindly Anglo-Canadian woman living next door. But she is also unable to stop herself from seeking her father's love and approval. When a medical crisis leaves young Adele 'unfit' for marriage, her father devises a surprising solution that takes the family back to the Old Country, a trip that will have repercussions on Adele's adult life. Honest, unflinching and unsentimental, the story of Adele's journey to womanhood, her self-transformation from resentful daughter to independent artist, from rejection of her family to reconciliation with them, captures the emotional complexities faced by many first-generation daughters of immigrant families."
--Terri Favro, author of Sputnik's Children and Once Upon a Time in West Toronto

"With grace, precision, and honesty, Sonia Saikaley opens a door to reveal the inner workings of families that are both shaped and disrupted by immigration's clash of cultures."
--Dimitri Nasrallah, author of The Bleeds and Niko

"This lovely story will have you empathize and root for Adele, a young woman caught in the cultural crosshairs of her parents' native country and their adopted land, who learns to listen closely and hear the strains of her brave new voice."
--Shilpi Somaya Gowda, bestselling author of The Golden Son

"Sonia Saikaley's The Allspice Bath is a deeply-moving portrayal of family life and an intimate exploration of the ties that bind. From the first chapter, we are drawn into the vibrant lives of the Azar family, particularly the Azar sisters, first-generation Lebanese-Canadians who have a foot in the culture of their birth and another in that of their parents'. The result is at times a precarious balancing act, brought to life with compassion and realism through Adele, our counter-culture, free-thinking protagonist. Saikaley shows with vivid, and at times heart-breaking prose, what it takes for a young, modern woman to breakaway from tradition in pursuit of her own dreams. This book will resonate strongly with any reader who has felt torn by living between two worlds, made sacrifices to pursue a dream, or faced the hard truth that it is often the ones who love us the most that hurt us the deepest. But as Saikaley demonstrates with enviable pathos, when it comes to family, where there is love, forgiveness is always possible."
--Anita Kushwaha, author of Side by Side

"Sonia Saikaley's The Allspice Bath exudes authenticity and sensibility. It is a brilliantly told tale of a turbulent father-daughter relationship set against the Lebanese immigrant experience in Canada."
--Ian Thomas Shaw, author of Quill of the Dove

"The turning point for this bildungsroman happens in Lebanon, when Saikaley balances betrayal with descriptions of olive trees, dust, and messy stone walls. To grow, to survive, Adele must rebel against her family's expectations, shifting between her two identities until she finds her way and by doing so changes her family."
--Debra Martens, Canadian Writers Abroad 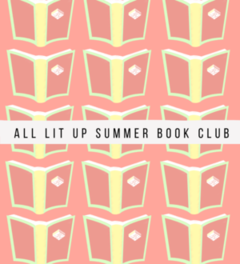 Other titles by Sonia Saikaley