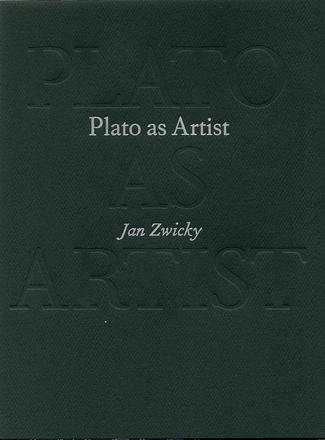 “The purpose of this essay,” writes Jan Zwicky in her introduction, “is not to adumbrate a new theory about Plato, nor to develop a new approach. Plato is old; he is famous; my Greek is sketchy?there is nothing revelatory I am competent to say. And yet I wish to say something; ... Read more

“The purpose of this essay,” writes Jan Zwicky in her introduction, “is not to adumbrate a new theory about Plato, nor to develop a new approach. Plato is old; he is famous; my Greek is sketchy?there is nothing revelatory I am competent to say. And yet I wish to say something; in particular, I wish to say something about his dialogue Meno. Years ago, I became convinced that it was as close to a philosophical jewel as anything was likely to get. It sparkled; it had, I sensed, a kind of geometrical perfection that I couldn’t quite put my finger on. I turned to the commentators, and learned much. But I also learned that no one was quite as impressed with the dialogue as I. Many thought it significant, some thought it central, but none, it seemed, was convinced it was a work of philosophic art?a complex ecology of argumentation, a survey of Plato’s central views in very small compass, an exquisitely nuanced report of both his idealism and his despair. And like other works of art, provocative, ambiguous, tantalizing. The purpose of this essay, then, is simply that: to record my astonishment at the beauty of this made thing; to praise; to express my delight and wonder, and my gratitude; to attempt to clarify, for myself, what continues to perplex me, and perhaps must, now that there is no one who speaks Plato’s Greek as fluently as he. ”

Plato’s Meno begins with the question of whether virtue is teachable. Meno is an aristocrat, a visitor to Athens, and, as it turns out, not a quick study. Zwicky examines the dialogue in terms of the progression of an argument, and as a dramatic work. For as a philosophical exercise the Meno dialogue has often been thought to be entirely inconclusive. Taking under consideration the dialogue’s dramatic elements, the asides, the dynamic between Meno and Socrates, and Socrates’ rhetorical technique as he leads the discussion from virtue to innate knowledge and learned knowledge, we are encouraged to read for the insight it can provide into Plato’s presentation of Socrates and into argument as art.

Translating key turning points in the dialogue into contemporary language with corresponding stage directions, Zwicky draws out some of what makes the philosophy tick when we approach it as drama, exposing some of the seams of Socrates’ rhetorical technique. By stepping outside of what goes on in the dialogue and asking also why it goes on, we approach a wider plane of possible meaning.

Jan Zwicky is a musician, philosopher and award-winning poet. In 1999, she won the Governor General’s Literary Award for poetry for Songs for Relinquishing the Earth. Her Thirty-seven Small Songs & Thirteen Silences was also nominated for the Pat Lowther Award and the Dorothy Livesay Prize in 2006.

Other titles by Jan Zwicky