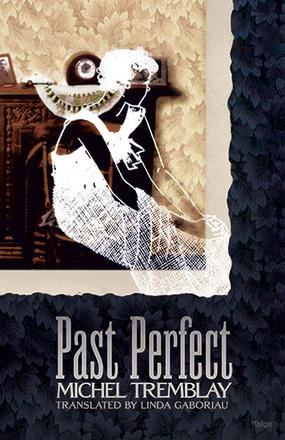 In Albertine in Five Times, Michel Tremblay portrayed one of his most unforgettable characters during five decades of her life, beginning in her thirties. Now, in Past Perfect, we meet Albertine at twenty and discover the dark secret of her being. Still reeling from the heartbreak ... Read more

In Albertine in Five Times, Michel Tremblay portrayed one of his most unforgettable characters during five decades of her life, beginning in her thirties. Now, in Past Perfect, we meet Albertine at twenty and discover the dark secret of her being. Still reeling from the heartbreak that plunged her into a nervous breakdown, Albertine sets out to re-conquer the beau she has lost to her younger sister. On this fated Thursday evening, will she find the strength to survive the crisis that grips her very essence in this dark night of her soul? Or will she spend the rest of her days foundering in an endless rage that could extinguish all hope of love ever lighting up her life?

In the eyes of her mother, Victoire, her brother, Édouard, and her sister, Madeleine, Albertine is a soul on fire that devours everything she touches. But in her own eyes, Albertine is sensitive, selfless, and devoted to the objects of her desires. In this extremity of contradiction between the way we see ourselves and the way others see us, Tremblay stages the agony of the imagination in chains, the tragedy of an understanding of the imagination as a way to the “truth,” rather than as a path to understanding. Caught in this dilemma, Albertine, who has cast herself as a sacrificial lamb, a victim of destiny, the queen of unhappiness, descends into a hell of lucidity as she confronts Alex, the great hope and passion of her youth.

“The really scary, or beautiful, part is how much Albertine there is in every one of us. ”
—Globe and Mail