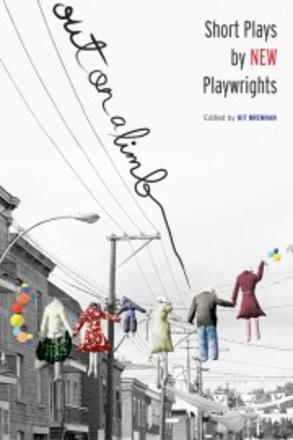 Out on a Limb

Out on a Limb

This exciting anthology of short works by Canada?s newest playwrights focuses on one-act plays that feature a small cast (one to three actors) and can be performed in under an hour.

This exciting anthology of short works by Canada?s newest playwrights focuses on one-act plays that feature a small cast (one to three actors) and can be performed in under an hour.

from ForewordOne of the pleasures of editing an anthology is finding a narrative for the book as a whole. This one speaks of love in its many guises. The dozen plays that lie within these pages are a kind of theatrical chocolate box: often funny, with dark centres. The plays are more often than not about love, friendship, attraction, commitment?—?and about fear of these things. The characters range from the very young to the very old. They are witty, hilarious, loyal, and bewildered; they can also be devastatingly cruel or treacherous. They do what they do because they are searching?—?wishing to find perfect love, or the answer to life’s profound mystery; to find release from a poisonous relationship, or a moment of transcendence through letting someone go. The point of view is youthful. Even the very oldest character is where she is because of a decision made in her twenties. I coordinate the Major in Playwriting program at Concordia University, and a number of years ago, decided to fund a yearly playwriting award for work that comes out of the Theatre Department’s writing courses. I enjoy discussions with the jurors later, and have found that comedy is hard but may seem deceptively easy, and it can be underestimated. Most of the plays in this volume exhibit a lively sense of humour, often with a sting or a dark slant or a quiet tragedy at their core, which makes them moving and memorable. Twelve short scripts, twelve complete worlds. Cast size ranges from one to four actors. There are three one-woman plays, two plays for two men, one play for two women, four plays for one man and one woman, one play for one woman and one man and one other, and one play for two women and two men. Playing time in performance, for each of the scripts, is under one hour. The book is organized in such a way that the plays might be chronological. The first has characters who are fifteen and sixteen; the final one features a feisty ninety-one-year-old nun. Several scripts in the centre of the volume are explorations of unexpected pregnancy and what happens to a relationship when under that pressure. There is new love which is afraid of itself, and old love that is opening the door to something new. There are brothers and jealousy, a mother and daughter trying to change their lives, and the reworking of an old warning tale about little girls and temptation. I’ve taught playwriting for many years, and often new writers choose cynicism and despair to augment their dramas. The writers in this volume, while still acknowledging that life is hard, make use of more complex observations. Life can be confusing, yes, but in moments such as those you’ll encounter in these plays, it is very much worthwhile. This anthology will interest those seeking short plays or scenes for young actors?—?whether you are a teacher, a young professional actor or director, or anyone else who is interested in new and exciting work by emerging writers. 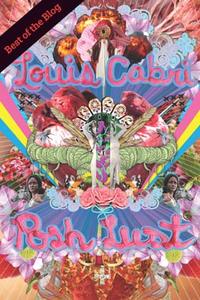 Beauty is in the eye of the beholder, or so they say. Today’s Beautiful Books column embraces the “maximalist” look with Posh Lust by Louis Cabri, published by Vancouver’s New Star Books. Designer Oliver McPartlin takes us through the process of creating a cover that ... Read more