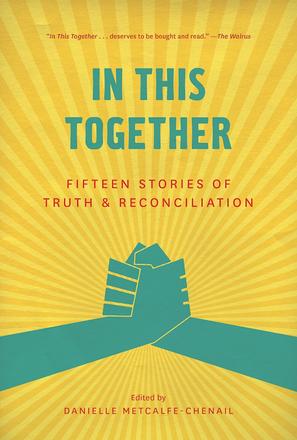 What is real reconciliation? This collection of essays from both Indigenous and non-Indigenous contributors from across Canada welcomes readers into a timely, healing conversation—one we've longed for but, before now, have had a hard time approaching.

These reflective and ... Read more

What is real reconciliation? This collection of essays from both Indigenous and non-Indigenous contributors from across Canada welcomes readers into a timely, healing conversation—one we've longed for but, before now, have had a hard time approaching.

These reflective and personal pieces come from journalists, writers, academics, visual artists, filmmakers, city planners, and lawyers, all of whom share their personal light-bulb moments regarding when and how they grappled with the harsh reality of colonization in Canada, and its harmful legacy. Without flinching, they look deeply and honestly at their own experiences and assumptions about race and racial divides in Canada in hopes that the rest of the country will do the same.

Featuring a candid conversation between CBC radio host Shelagh Rogers and Chief Justice Sinclair, this book acts as a call for all Canadians to make reconciliation and decolonization a priority, and reminds us that once we know the history, we all have the responsibility—and ability—to make things better.

Danielle Metcalfe-Chenail specializes in telling hidden histories for all ages. She has worked as a freelance writer, consultant, speaker, CBC radio columnist, and is Edmonton's former Historian Laureate. In addition to editing the bestselling collection, In This Together, Danielle has authored several nonfiction books. She is currently at work on a creative nonfiction approach to the history and legacy of the Charles Camsell Indian Hospital. Please visit her at daniellemc.com.

"Why do some wounds take so long to heal? The answer, as it relates to Canada’s indigenous people, becomes clear in this slim but worthy anthology…" —Winnipeg Free Press

In This Together featured on 49th Shelf's Spring Preview

Collection editor Danielle Metcalfe-Chenail speaks with CBC Edmonton about what compelled her to commission the essays and what she hopes to achieve with the book.

A group of Regina Public School teachers chose In This Together as their July bookclub pick. Follow their weekly discussion on Twitter by using the hashtag #2k16reads.

In This Together is selected as one of four titles on Edmonton LitFest's 2016 Summer Reading List.

"In This Together is a poignant anthology . . . An exceptional and important read. " —Broken Pencil

Listen here for the the audio version of Shelagh Rogers' conversation with Senator Murray Sinclair, which was transcribed for In This Together.

"In This Together. . . Deserves to be bought and read. " —Walrus

"In This Together . . . reflects the new way of thinking, and the new concept of being Canadian. The stories in this book deal with harsh realities, and give a better understanding of the meaning of race, and the problems caused by racial divides. " —Times Colonist

Danielle Metcalfe-Chenail tells Praire Books Now: "I've always found the best way to understand 'issues' is through personal stories, and I think the idea of reconciliation is no different . . . I hope readers will use the essays in this book as a springboard for examining the stories they tell themselves . . . about relations between Indigenous and non-Indigenous people in this country. "

In This Together appears at #7 on the National Post's Nonfiction Bestseller list.

"In This Together is an extremely timely and thought-provoking collection of essays . . . a powerful volume. " —I Heart Edmonton blog

"In This Together demonstrates that colonization is not a thing of Canada’s past, and suggests that real reconciliation is only possible through an honest appraisal of our present. " —Quill & Quire

Katharine Palmer Gordon's "Mother Tongues" is excerpted by the Tyee. 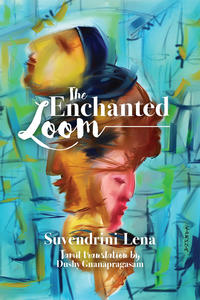 Playwright Suvendrini Lena and translator Dushy Gnanapragasam share how the experience of the Tamil diaspora creates unique challenges to the writing and translating of a play featuring Tamil characters, with respect to Lena's play - translated by Gnanapragasam into Tamil -  ... Read more 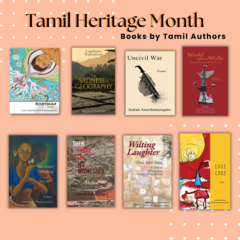 Tamil Heritage Month takes place every January. It is intended to increase awareness and appreciation of the rich history of the Tamil community. To celebrate we have curated a list of books written by Tamil authors. 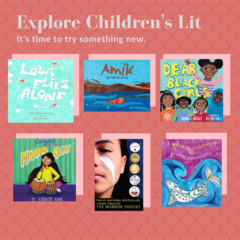 Reading goals aren’t only for grown-ups but can be for kids too! All Lit Up has comprised a list of recommendations that the little ones in your life are sure to love. 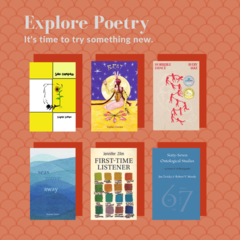 Whether you’re looking for creative inspiration, something emotionally touching, or just wanting to dip your toe into poetry to see what’s out there—we’ve got you covered! Explore poetry through All Lit Up’s New Year, New Me selections below. 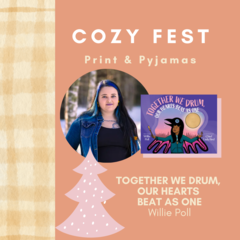 Métis educator and author Willie Poll joins Cozy Fest to read from her picture book  Together We Drum, Our Hearts Beat as One (Arsenal Pulp Press); a triumphant story of a young Anishinaabe girl finding strength in her ancestors and her own determination to make a better ... Read more 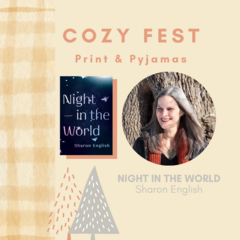 Today’s All Up Up’s Cozy Fest guest Sharon English, reads an excerpt from her new novel Night in the World (Freehand Books). How does someone be at home, when at home they are unsure? Three characters in her book tell the story of this in different ways. 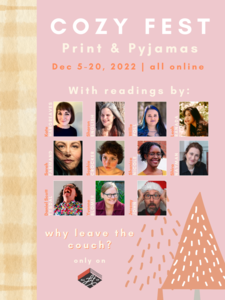 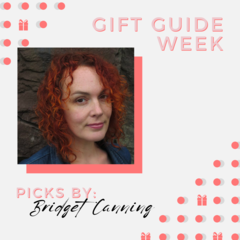 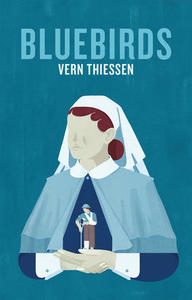 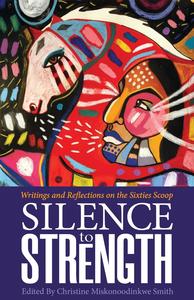