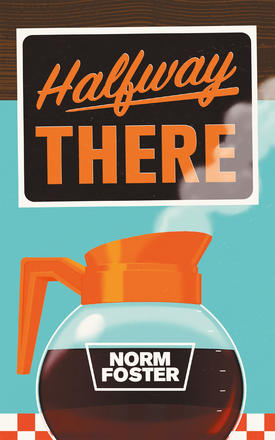 There’s no such thing as a secret in Stewiacke. Not when the gossips meet for coffee every day at the local diner. Vi, Rita, Mary Ellen, and Janine are all as close as can be, and they know everybody’s business. But when Sean, a heartbroken doctor, moves in to take a temporary ... Read more

There’s no such thing as a secret in Stewiacke. Not when the gossips meet for coffee every day at the local diner. Vi, Rita, Mary Ellen, and Janine are all as close as can be, and they know everybody’s business. But when Sean, a heartbroken doctor, moves in to take a temporary job at the clinic, he tips the Maritime town that’s famous for being halfway between the North Pole and the equator off its axis.

While Sean decides to pursue Janine, it only brings her closer together with her friends, who each have their own messy love lives. Vi just turned down her boyfriend’s proposal, Mary Ellen is tired of doing everything for her husband and sons, Rita just wants to find a date, and Janine already lives with a man she loves a “little bit. ” Can everyone find what they’re looking for in Stewiacke? And what happens when someone finds out a secret that managed to be kept hidden?

This feel-good comedy from the most-produced playwright in Canada will envelop you in a familiar warm hug that shares the relief of finding your people.

Norm Foster has been the most produced playwright in Canada every year for the past twenty years. His plays receive an average of one hundred and fifty productions annually. Norm has over sixty plays to his credit, including The Foursome, On a First Name Basis, and Hilda’s Yard. He is the recipient of the Los Angeles Drama-Logue Award for his play The Melville Boys and is an Officer of the Order of Canada. He lives in Fredericton.

Rita: So what brings you to Stewiacke, Sean? Is there a slacks convention in town?

Sean: I’m going to be working at the Medical Clinic. I’m taking over for Doctor Caldwell for a month.

Rita: Well. And me about due for my annual physical. How fortuitous.

Mary Ellen: Yes, I think I might be coming down with something.

Vi: I’m feeling a little feverish myself, girls. Whoo! Is it hot in here or is it him?

Rita: So, you’re taking over for Pooch Caldwell?

Rita: Yeah, Pooch. We’ve called him that for years.

Sean: Do I want to know why you call him that?

Rita: Well, it’s no big secret. A while back we had a pharmacist here named Virginia Wilmot. Sometimes she’d go out for lunch and not come back for two or three hours. She’d just disappear. So one day the druggist asked her where she’d been and she said nowhere. She was just screwin’ the pooch. Turns out it was Doctor Caldwell.

Vi: That wasn’t the biggest revelation though.
Sean: No?
Vi: No. It was the fact that it took two or three hours.

Rita: We all thought a little better of Pooch after that.

Sean: Are you sure there’s a waitress working here?

Vi: Yeah, she’s here. Give her time. She’s experiencing a heavier period than usual this month.

Mary Ellen: I don’t know if Janine would want you telling Sean that, Vi.

Mary Ellen: I know, but maybe Sean doesn’t want to hear about her heavier period. He just landed in town. He’s looking for a sandwich and a beverage. Maybe it’s too soon to talk about menstruation.

Vi: Is it too soon to talk about menstruation, Sean? Because if it is, I’ll shut the hell up.

Sean: Not at all. Talk about whatever you like.

Rita: Where do you stand on circumcision?

Sean: Maybe I should find another restaurant.

Vi: Oh nonsense. Stay right where you are. Here, let me start you off with a coffee.

(Vi goes behind the counter and gets the coffee pot and pours a coffee for Sean. )

Mary Ellen: We can’t be. Every time you go out you see somebody you know and you wind up talking to them for half an hour. Nobody gets anywhere in a hurry here.

Rita: Oh, that reminds me. I saw Penny Steeves on the way to work this morning.

Rita: She’s been over in Elderbank looking after her father.

Rita: He’s got the gout. Can barely get around.

Vi: It’s the whiskey that causes it. Isn’t that right, Sean?

Sean: That can be one of the causes, yes.

Vi: Well, that’s what it is with Ted. That man drinks like a winded goat.

Sean: That much, huh?

Mary Ellen: Oh that much and more.

Rita: So, yay or nay Sean? On the circumcision question.

(Janine Babineau enters from the back. )

(The other three women point to Sean. )

Hey, how you doin? I hope you haven’t been waiting long. I was just. ..out back.

Rita: It’s okay, Janine. Vi told him about your heavy flow this month.

Rita: He didn’t even blink, Janine. Took it right in stride.

“Loaded with his typically witty dialogue. ”

“[Norm Foster is] an extraordinary observer on the way that people communicate with each other. He is a master at writing about human relationships. ” 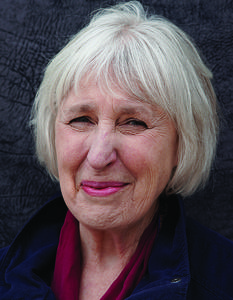 Next up in our Indie Reading Room is Raye Anderson, author of  And We Shall Have Snow (Signature Editions), a murder mystery about a local music star who is found murdered during the coldest part of winter in Manitoba's Interlake area. Scroll down for our Q&A with Raye, and ... Read more 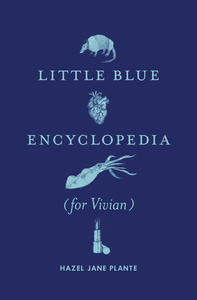 A playful and poignant novel Little Blue Encyclopedia (for Vivian) (Metonymy Press) is a love letter narrated by a queer trans woman whose working through the unrelenting grief of losing her straight trans friend Vivian and the unrequited love she feels. Author Hazel Jane ... Read more 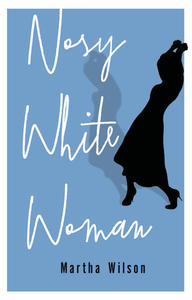 End your week worry-free with Martha Wilson's Nosy White Woman, a collection of short stories that takes a compassionate and witty look at ordinary life that will assure you: whatever your woe, you're not alone. 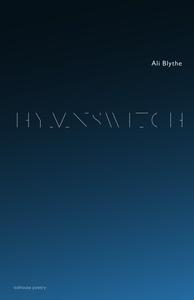 Poetry in Motion: Gender and Identity in Ali Blythe's Hymnswitch

BC-based poet Ali Blythe is back after his debut collection Twoism with Hymnswitch (Goose Lane Editions)—a reflection on time, god, love, and the fluidity of gender identities. Read more below, and get a preview with the poem "More Reasons" from the collection. 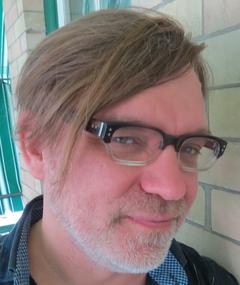 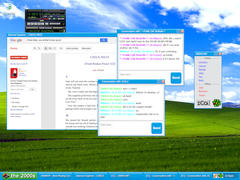 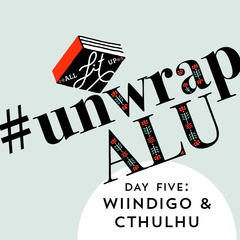 Today marks the halfway point of our #unwrapALU picks: scary how fast time has gone by! These picks are also scary: Nathan Niigan Noodin Adler's  Wrist (Kegedonce Press) features the legendary Indigenous spirit the Wiindigo, and Cthulhu is the tentacled baddie in David ... Read more

Other titles by Norm Foster