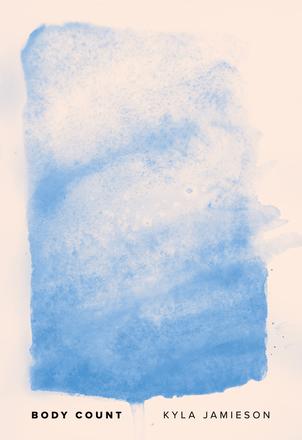 In this vital début, Kyla Jamieson sifts through the raw material of her life before and after a disabling concussion in search of new understandings of self and worth. Energized by the tensions between embodiment and dissociation, Body Count flickers between Vancouver and New ... Read more

In this vital début, Kyla Jamieson sifts through the raw material of her life before and after a disabling concussion in search of new understandings of self and worth. Energized by the tensions between embodiment and dissociation, Body Count flickers between Vancouver and New York, passing through dreamscapes and pain states. Both earnest and irreverent, comedic and cosmic, these poems come from a full heart (“You came here / for a kind of truth / & I want to give / you everything”) that often finds its way obstructed by fear, anxiety, and the myriad ways trauma can pattern a life. Here, we see the work of removing the barriers between this heart and the world, and glimpse the labour it takes to heal a body and mind discarded by capitalism. One part rape culture protest anthem, one part long-distance love story, one part invisible illness testimony, and 100% epistolary intimacy, Body Count is a tonic for the times we live in, an open invitation to question the textures of our realities, the ways we inhabit our bodies, and the futures we envision for ourselves and our communities.

Kyla Jamieson is a disabled writer who lives and relies on the unceded traditional territories of the Musqueam, Squamish, and Tsleil-Waututh Nations. Her work has appeared or is forthcoming in Room Magazine, Poetry Is Dead, Arc Poetry Magazine, Vallum, Peach Mag, Plenitude, GUTS, and The Account. She is the author of Kind of Animal (Rahila’s Ghost Press), a poetry chapbook about the aftermath of a brain injury. Her work was longlisted for the 2019 CBC Poetry Prize and her first book-length collection of poems, Body Count, placed third in the Metatron Prize for Rising Authors. Find Kyla on Instagram as @airymeantime or at www.kylajamieson.com.

“The poems in Body Count’s first half cycle through a kaleidoscope of daily desires and frustrations—blazing crushes, sharp encounters with misogyny—building an inventory of a swift-moving mind. Then, halfway through, a concussion prompts a change of pace. As the speaker’s life slows and splits open, these poems do too, turning inward toward the complex, chaotic, mercurial rhythms of a mind in recovery. ‘Cut off from reading,’ Jamieson’s speaker ‘browse[s] the internet / Of [her] being,’ fixing her inner life with a gimlet eye and rendering it dynamic, even in moments of intense stillness and solitude. Funny, sharp and aching, these poems take an ‘invisible’ state and render it not just real, but iridescent. ”

“In her foundational disability manifesto ‘Sick Woman Theory,’ Johanna Hedva writes that the concept of the sick woman ‘is for those who are faced with their vulnerability and unbearable fragility, every day, and so have to fight for their experience to be not only honoured, but first made visible. ’ Body Count is a gleaming artifact of that fight, in which a woman’s desire to have her pain recognized must grapple with the isolation and misunderstandings that attend being openly ill. But it is also a record of the wonders, both spectacular and mundane, that illness and disability can engender: the new poetic forms that a brain injury brings to the surface, or the way interdependence can bring a cosmic kind of depth to friendships. Kyla Jamieson’s poems put new, unsentimental and searingly funny language to the often-silencing experiences of disability and womanhood, twinned much like the unforgettable image of baby lab rats fucking in utero. Here, illness and femininity are not liabilities but ballasts in Jamieson’s rage against the patriarchal machines of CanLit, institutional hierarchies, and inaccessible public space. In refusing the able-bodied world's imperative to ‘do more / to be purposeful / like a man,’ Body Count provides not only a refuge, but also a site of life-giving resistance. After all, Jamieson writes, ‘they’re nearly / The same thing, alive / and in pain. ’”

“In discussions of poetry, the word ‘accessible’ is usually a rather sneering synonym for ‘simplistic’. Many scholars have debated the notion of accessibility in poetry, but rarely in the context of ableism. We don’t usually imagine a poem being accessible in the way that a building or a bathroom can be accessible, but for Jamieson, it’s the same thing. ‘We can talk about accessibility through technology, through a screen reader, through audio or whatever, but some people, whether or not they realise it, make their language inaccessible for people and not just people who “aren’t as smart as them”’. She emphasises the last words with heavy air quotes. ”

“Rooted in the body and always remaining self-aware, Jamieson’s writing is in a style all her own, and she is masterful in relaying the experience of trauma without fetishizing it. ..By locating herself as both the experiencer and observer, Jamieson’s words probe, prod, bleed, and throb…The beauty of Jamieson’s poetry lies in part in its evocative forays into an inner landscape of memory…Refreshing in its candour and complexity, Body Count is a powerful first collection. ” 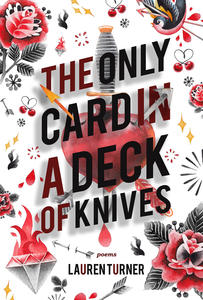