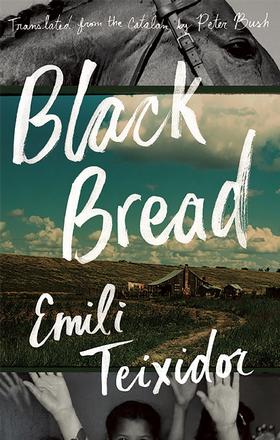 In the rough hill country of rural Catalonia, the Spanish Civil War is over and the villagers live under occupation by the fascist Civil Guard. With his father in jail, facing possible execution as a subversive, and his mother working long hours in a factory, eleven-year-old ... Read more

In the rough hill country of rural Catalonia, the Spanish Civil War is over and the villagers live under occupation by the fascist Civil Guard. With his father in jail, facing possible execution as a subversive, and his mother working long hours in a factory, eleven-year-old Andreu is sent to live with his relatives. His inquisitive, self-taught grandmother encourages him to study, but who will Andreu become? He doesn't want to be a farmhand, or work in a factory, or flee into exile in France like his uncle and aunt. His cousin Núria invites him to play sex games in the woods, but Andreu cannot stop thinking about a young man he sees lying naked in a monastery garden.

One of the major novels of contemporary Spain, and the inspiration for the first film in the Catalan language to be nominated by Spain for an Academy Award, Black Bread brings to life a rural world of mythical force as it traces with piercing psychological insight, in gorgeous prose, the movements of a boy's psyche as he moves from youth into adulthood.

"A taut and tender coming-of-age story that's both resonant and intriguingly different."—Library Journal

"Black Bread frequently alludes to memory's instability, its wavering between continuity and transience: What images and words trigger memories to reappear? Why do some individuals stay in our mind longer than others? ... Perhaps Black Bread's most distinctive achievement is the acute awareness ... of both the harsh reality of [the protagonist's] time and the somnolence of a life fading away before ones eyes, beyond his control ... A bold, commendable effort to expose a troubling legacy from the past."—Music & Literature

"Black Bread... builds slowly, through the accrued detail of seemingly disconnected scenes... or, let's say, a string of scenes where the narrative throughline is not immediately apparent to the reader."—Ron Hogan, Beatrice

"This is one of Teixidor's major works and one of the best Catalan novels of the year."—La Vanguardia

"Emili Teixidor is very close to the state of grace attained by consummate writers."—El País

"The stifling times after the Civil War in a vigorously alive country area where the pure chime of the words conserves intact the purity of living battered by the gales of history."—Pere Gimferrer 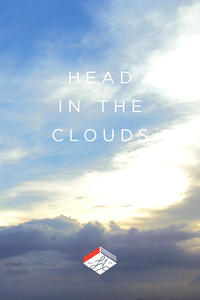 Cover Collage: Head in the Clouds

Clouds are in the forecast for this long-weekend Monday: cloud-covered books, that is.

Other titles by Peter Bush