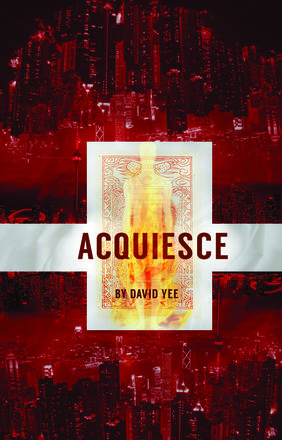 Plagued by the success of his first book and haunted by his past, Sin Hwang arrives in Hong Kong with some unusual cargo and a lot of emotional baggage. Featuring a surreal cast of characters, from a foul-mouthed Paddington Bear to a wisecracking Buddhist monk, this sharply ... Read more

Plagued by the success of his first book and haunted by his past, Sin Hwang arrives in Hong Kong with some unusual cargo and a lot of emotional baggage. Featuring a surreal cast of characters, from a foul-mouthed Paddington Bear to a wisecracking Buddhist monk, this sharply comedic and heartbreakingly poignant tale of self, familial, and spiritual discovery reflects the cycles from which we must all break free as we find our way.

David Yee is a mixed-race (half Chinese, half Scottish) actor and playwright, born and raised in Toronto. He is the co-founding artistic director of fu-GEN Theatre Company, Canada’s premiere professional Asian Canadian theatre company. A Dora Mavor Moore Award–nominated actor and playwright, his work has been produced internationally and at home. He is a two-time Governor General’s Literary Award nominee for his plays lady in the red dress and carried away on the crest of a wave, which won the award in 2015 along with the Carol Bolt Award in 2013. He has worked extensively in the Asian Canadian community as an artist, advocate and community leader. He has been called many things, but prefers “outlaw poet” to them all.

“This, strange, funny, heart-breakingly beautiful show gives us a journey of self, family and spirituality that is difficult to put into words.” —Thea Fitz-James, My Entertainment World

“Yee’s script is excellent. The dialogue is natural and the interaction between his characters is true to life.” —Sam Mooney, Mooney on Theatre

“Comedy confronting tragedy in such an enlightening way is deserving of a municipal holiday for its achievement.” —Toronto Stage

“It has everything you could want in a play. Terrific writing, engaging characters, an interesting plot, excellent acting, and impressive direction.” —Sam Mooney, Mooney on Theatre 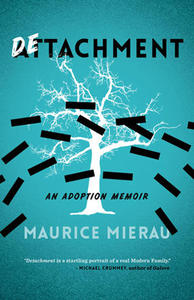 On the Ethics of Writing About Your Family

My new book, Detachment: An Adoption Memoir, deals with the most intimate aspects of family life. As you’d expect from the title, that includes the adoption of our sons, and their new lives with me and my wife Betsy. But it also includes the most difficult and personal ... Read more

Other titles by David Yee