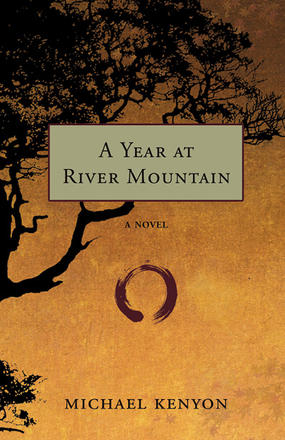 A Year at River Mountain

A Year at River Mountain

Part intellectual mystery and part spiritual adventure, A Year at River Mountain tells the story of an aging actor from Vancouver who has immersed himself in monastic life inChina and is now examining his past as an actor, husband,and father. As his Western consciousness grapples ... Read more

Part intellectual mystery and part spiritual adventure, A Year at River Mountain tells the story of an aging actor from Vancouver who has immersed himself in monastic life inChina and is now examining his past as an actor, husband,and father. As his Western consciousness grapples with Taoist philosophies and acupressure techniques, he assesses his life and records the struggles of transformation that accompanysuch thinking. The monastery’s Old Master has given the narrator permission to write the commentary he shares with us while raising the question of who reader and narrator really are. Kenyon balances the narrator’s interior life with hints of external disturbance and with purposeful missions outside the monastery where village unrest threatens the monks’ balance and harmony. Crises build as war threatens, floods occur, and a devastating event leads our narrator to a beautiful and surprising formulation of how things are.

Across the lawn they come, the doctors, in a small group, laughing and talking together and, amazing thing, the central figure, a tall man in a white shirt with an open collar, stops, and a tear rolls down his left cheek, then a second. He holds up his hands to mask his face. There is a word to describe this kind of waiting, but I can’t remember it, only the shape, like the double curve a child draws to suggest a bird in flight. The other word, the writing-journey word, is more alive, closer but still elusive. The doctor’s hands meet in prayer, in front of his throat.