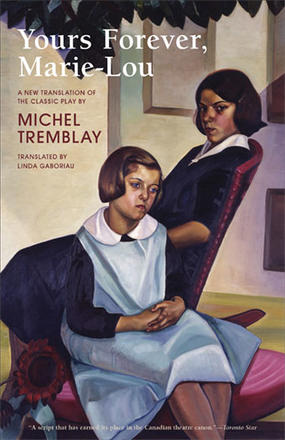 Ten years after their parents’ death in a car accident, now-grown sisters Carmen and Manon are together for one of their rare visits – and one of them is finally ready to confront their shared tragedy.

Carmen is a boisterous ... Read more

Ten years after their parents’ death in a car accident, now-grown sisters Carmen and Manon are together for one of their rare visits – and one of them is finally ready to confront their shared tragedy.

Carmen is a boisterous country-and-western singer who has left her home, and all her past, in the dust. Manon lives a more sheltered life, closely aligned with the traditions of religious Quebec, which are now – in the mid-1970s – only beginning to come apart at the seams. Carmen is convinced it’s time for Manon to end the years of mourning, while Manon is insulted that Carmen seems to have responded so unfeelingly to such a horror.

Each sister has kept the memory of their parents alive in her own way. In fact – here they are, in living memory: Marie-Louise and Lèopold, the girls’ parents, are on stage simultaneously. Just beyond the ken of their daughters, they live out their final day.

As the two daughters struggle to reconcile the events preceding the fatal crash, and as their parents play out the culmination of their sodden marriage, we discover there is more to the memory of that fatal day than meets the eye. And yet, can the blame really be laid at the feet of one person? Or can a whole socio-cultural paradigm that twist its subjects into unbearable contortions and trap them in fear and submission, be at fault?

“Its themes – Catholicism, sexuality, domestic abuse, and the legacy of a tragic death – are universal. ”
– NOW Toronto

“[The parents’] fight over peanut butter and toast slowly escalates into a harrowing excavation of the true causes of their deep unhappiness – which are cruelly rooted in the domination of the Catholic Church [and] the exploitation of the Quebec working class. ” – Globe and Mail

“A script that has earned its place in the Canadian theater canon. ” – Toronto Star

“One of Quebec playwright Michel Tremblay’s greatest works, the Long Day’s Journey into Night of his oeuvre. ” – Globe and Mail

“A quartet, with two conversations, in two different decades, happening at once. ” – Theatromania