Inviting, human, capacious poems that grapple with ideas while also lightly grieving our capacity for ruin.

Yellow Crane, Susan Gillis's fourth collection of poetry, is a book of many views, many voices. A long look at the changing landscape of a Montreal neighbourhood becomes ... Read more

Inviting, human, capacious poems that grapple with ideas while also lightly grieving our capacity for ruin.

Yellow Crane, Susan Gillis's fourth collection of poetry, is a book of many views, many voices. A long look at the changing landscape of a Montreal neighbourhood becomes at once a lament and a love poem. A sequence of poems inspired by Japanese tanka take on the cultural weather, core-drilling into the contradictions and uncertainties of the everyday. Writers, artists, thinkers, cooks, and others congregate in a hammock on the edge of a hayfield to compare notes on what we value. A bear turns up on a path near a quarry.

The poems of Yellow Crane study, with a lover's tender yet critical eye, the world we occupy and the way we occupy it: art, industry, environments both built and natural; the simultaneous flux and agelessness of our daily habits; the long human story of appropriation of wilderness; the fragility, resilience, and questionable worth of what we make, especially under political, economic, and social pressures; concern about our changing times; grief over what we leave behind.

This is a book that argues with itself, then rests. At once precise and loose, wise and nimble, it will make you both feel and think--and care about the world along with it.

We know the tree stands for promise
and for the desire, which comes much later, for atonement.
We stand at the west-facing window
and let the buildings opposite turn gold, then back to brick.
(from "Morning Light")

Susan Gillis is a Montreal-based poet, teacher, and editor who has also lived on the Atlantic and Pacific coasts of Canada. A member of the collective Yoko’s Dogs, she is the author of Swimming Among the Ruins (Signature Editions, 2000), Volta (Signature Editions, 2002), which won the A. M. Klein Prize for Poetry, The Rapids (Brick Books, 2012), Whisk (with Yoko’s Dogs, Pedlar Press, 2013), and several chapbooks with Gaspereau Press. Susan spends a lot of time in rural Ontario, near Perth, where she does most of her writing. 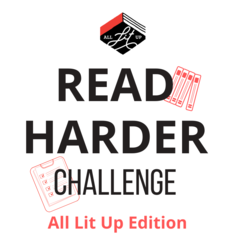