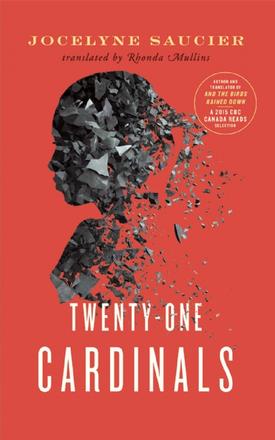 From the author and translator of And the Birds Rained Down, a 2015 CBC Canada Reads selection

An abandoned mine. A large family driven by honour. And a source of pain, buried deep in the ground. ... Read more

From the author and translator of And the Birds Rained Down, a 2015 CBC Canada Reads selection

An abandoned mine. A large family driven by honour. And a source of pain, buried deep in the ground.

We’re nothing like other families. We are self-made. We are an essence unto ourselves, unique and dissonant, the only members of our species. Livers of humdrum lives who flitted around us got their wings burned. We’re not mean, but we can bare our teeth. People didn’t hang around when a band of Cardinals made its presence known.

With twenty-one kids, the Cardinal family is a force of nature. And now, after not being in the same room for decades, they’re congregatingto celebrate their father, a prospector who discovered the zinc mine their now-deserted hometown in northern Quebec was built around. But as the siblings tell the tales of their feral childhood, we discover that AngÃ? ¨le, the only Cardinal with a penchant for happiness, has gone missing – although everyone has pretended not to notice for years. Why the silence? What secrets does the mine hold?

'Rhonda Mullins’ translation of Twenty-One Cardinals expertly embodies the multiple voices in Jocelyne Saucier’s complex novel. More than inhabiting the world of one writer, Mullins single-handedly performs the roles of an entire cast of characters. As a translator, her virtuosic deftness is in the restrained power of her writing. '

Praise for the French edition of Twenty-One Cardinals:

‘With its explosive, poignant, funnyand tragicstory and memorable characters, Les hÃ? ©ritiers de la mine is an important novel … Through the destiny of this large family, the author talks about Abitibi, where she lives, and of its broken dreams and cheated workers, the blind power of multinationals, the disappearance of villages and families decimated. Her protagonists have the makings of heroes, the stuff to withstand adversity; they may be local heroes, but their fight is universal. ’

– Voir (translated from the French)

Jocelyne Saucier was born in New Brunswick and lives in Abitibi, Québec. Two of her previous novels, La vie comme une image (House of Sighs) and Jeanne sur les routes (Jeanne’s Road) were finalists for the Governor General’s Award. Il pleuvait des oiseaux (And the Birds Rained Down) garnered her the Prix des Cinq continents de la Francophonie, making her the first Canadian to win the award. The book was a CBC Canada Reads Selection in 2015.

Rhonda Mullins is a writer and translator. She received the 2015 Governor General's Literary Award for Twenty-One Cardinals, her translation of Jocelyne Saucier's Les héritiers de la mine. And the Birds Rained Down, her translation of Jocelyne Saucier’s Il pleuvait des oiseaux, was a CBC Canada Reads Selection. It was also shortlisted for the Governor General’s Literary Award, as were her translations of Élise Turcotte’s Guyana and Hervé Fischer’s The Decline of the Hollywood Empire. Rhonda currently lives in Montréal.

Other titles by Jocelyne Saucier