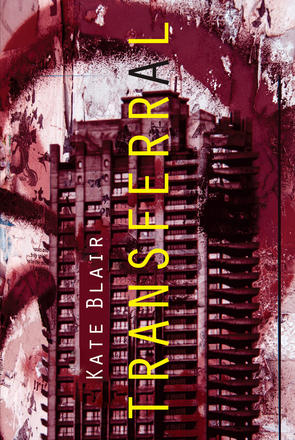 London, England, present day. This is the world as we know it, but with one key difference: medical science has found a way to remove diseases from the sick. The catch? They can only transfer the diseases into other living humans. The government now uses the technology to cure ... Read more

London, England, present day. This is the world as we know it, but with one key difference: medical science has found a way to remove diseases from the sick. The catch? They can only transfer the diseases into other living humans. The government now uses the technology to cure the innocent by infecting criminals.

It is into this world that Talia Hale is born. Now sixteen and the daughter of a prime ministerial candidate, she discovers that the effort to ensure that bad things happen only to bad people has turned a once-thriving community into a slum, and has made life perilous for two new friends.

When Talia’s father makes an election promise to send in the police to crack down on this community, Talia can only think of how much worse things will be for her friends. Will she defy her father to protect them, even if it means costing him the election?

Tranferral, the debut from Kate Blair, is a chilling look at a world gone wrong because of its efforts to do right.

Kate Blair is a native of Hayling Island, UK, and is now a Canadian citizen living in Toronto. Her first novel, Transferral, was a finalist for the Manitoba Young Readers Choice Award and the Saskatchewan Young Readers Choice Snow Willow Award, and was a Starred Selection of the Canadian Children's Book Centre's Best Books for Kids and Teens. Transferral is currently being adapted for television.

“Very cinematic … Blair has a unique and provocative concept that deserves further development. ”

“Blair presents a new twist on the formulaic dystopian genre, developing flawed characters who are incredibly likable in a relatable world where right and wrong are more gray than black-and-white … highly accessible, and the very timely themes will provide endless discussion and debate regardless of age level … an unputdownable pick, it is a great addition for any public or secondary school library. ”

“Blair subtly captures her audience with the ingenuity of her dystopian vision and then sweeps readers away as she raises the stakes again and again. As the novel approaches its climax, readers will find themselves madly flipping pages to find out the fate of a nation. ” ****/4, Highly Recommended

“Readers are carried along, always wondering what the final pages might bring … the dystopian world built by the author is compelling, realistic, and frightening. It left me asking myself some uncomfortable questions, as I am sure it will do for all readers. I think it would make a terrific readaloud for a middle years classroom, or an awesome novel study with a group of interested teens. It’s worth your time and attention. ”

“A strongly plotted story that builds on the surreal premise of linking justice with illness and comes through it all with a healthy ending that is neither sappy nor all wrapped up but a convincing remedy for a disturbing basis for dealing with criminality. ”

Other titles by Kate Blair