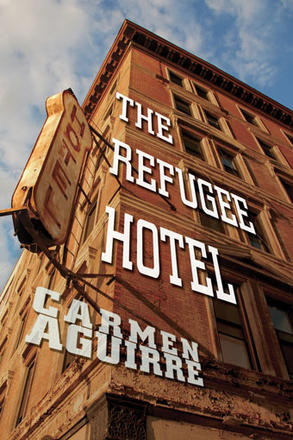 Two events gave birth to this play: the 1998 arrest of Augusto Pinochet by the spanish courts and the 1995 death of Aguirre’s uncle, who drank himself to death on Vancouver’s skid row, never living to make a victorious return to his country. It has taken decades of silence ... Read more

Two events gave birth to this play: the 1998 arrest of Augusto Pinochet by the spanish courts and the 1995 death of Aguirre’s uncle, who drank himself to death on Vancouver’s skid row, never living to make a victorious return to his country. It has taken decades of silence for Aguirre to understand and come to terms with her family’s experience as refugees and exiles: ?The few times we spoke about it to other people, we were accused of being pathological liars and being crazy,” she says of those years. ?We learned never to talk about what was happening in Chile. From the moment when I told some classmates very matter-of-factly in grade two that my stepfather and some of my family members had just come out of a concentration camp that was the national soccer stadium, I was Crazy Carmen. ”

Laid bare in the ?ctionalized autobiographical details of The Refugee Hotel are the universal truths the victims and survivors of political oppression continue to experience everywhere: the terror of persecution, arrest and torture; the exhausted elation of escape; the trauma of learning to live again with the losses, betrayals and agonies of the past; the irrational guilt of the survivor?even the tragedy of surviving the nightmares of the past only to have them return to challenge any hope of a future.

Set in a run-down hotel in 1974, only months after the start of the infamous Pinochet regime, eight Chilean refugees struggle, at times haplessly, at times profoundly, to decide if ?eeing their homeland means they have abandoned their friends and responsibilities or not.

More than a dark comedy about a group of Chilean refugees who arrive in Vancouver after Pinochet’s coup, this play is Carmen Aguirre’s attempt to give voice to refugee communities from all corners of the globe.

Carmen Aguirre has written and co-written twenty-five plays, including Blue Box, The Trigger, and Chile Con Carne. She is currently touring her latest one-woman show, Broken Tailbone, and is writing three new plays. Her second memoir, Mexican Hooker #1 and My Other Roles Since the Revolution was published in April 2016 to outstanding reviews, was shortlisted for the Hubert Evans Non-Fiction Prize, is a Globe and Mail bestseller, and a National Post and CBC Best Book of 2016. Her first book, the critically acclaimed Something Fierce: Memoirs of a Revolutionary Daughter, won CBC Canada Reads 2012 and is a #1 national bestseller. Carmen is the recipient of the Hispanic Business Alliance’s 2014 Ten Most Influential Hispanics in Canada Award, Latincouver’s 2014 Most Inspirational Latin Award, the 2014 Betty Mitchell Outstanding Actor Award for her work in Alberta Theatre Projects’ The Motherfucker with The Hat, the 2012 Langara College Outstanding Alumna Award, the 2011 Union of B.C. Performers’ Lorena Gale Woman of Distinction Award, and the 2002 New Play Centre Award for Best New Play, for The Refugee Hotel. Carmen has over eighty film, TV, and stage acting credits. She is a graduate of Studio 58.

“[Aguirre is] an artist with an impressive life story and impeccable intentions … Aguirre lived what she is writing about … and that lends The Refugee Hotel real authenticity. ” – Globe & Mail

“Full of wonder and terror …The battle between courage and cowardice looms large here; duty to one’s self or to one’s people is a constant internal compromise … humourous … heartbreaking. ” – EYE WEEKLY