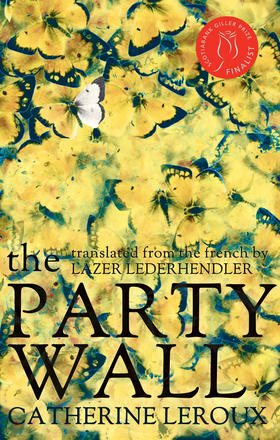 SHORTLISTED FOR THE 2016 GILLER PRIZE

WINNER OF THE PRESTIGIOUS FRANCE-QUEBEC PRIZE

NOMINATED FOR THE QUEBEC BOOKSELLER'S PRIZE

Catherine Leroux's The Party Wall shifts between and ties together stories about pairs joined in surprising ... Read more

SHORTLISTED FOR THE 2016 GILLER PRIZE

WINNER OF THE PRESTIGIOUS FRANCE-QUEBEC PRIZE

NOMINATED FOR THE QUEBEC BOOKSELLER'S PRIZE

Catherine Leroux's The Party Wall shifts between and ties together stories about pairs joined in surprising ways. A woman learns that she may not be the biological mother of her own son despite having given birth to him; a brother and sister unite, as their mother dies, to search for their long-lost father; two young sisters take a detour home, unaware of the tragedy that awaits; and a political couple—when the husband accedes to power in a post-apocalyptic future state—is shaken by the revelation of their own shared, if equally unknown, history.

Lyrical, intelligent, and profound, The Party Wall is luminously human, a surreally unforgettable journey through the barriers that can both separate us and bring us together.

Praise for The Party Wall

"...superbly crafted...Leroux skillfully reveals the inner worlds of her achingly human characters and the intricate bonds that connect them to each other. Images from this beautiful and moving book will haunt readers."—Publishers Weekly

"Catherine Leroux writes with a startling grace. Her vision is clear-eyed and true, her heart is as big as sky and bay. The Party Wall's mothers, orphans, Olympians and prime ministers seem like living, breathing people. And they reveal, beat by beat, that the things that divide us also knit us together."—Sean Michaels, author of the Giller Prize winning Us Conductors

"Initially, The Party Wall reads like a collection of linked stories; past the halfway mark, however, it reveals itself as something more intricate and cumulative ... A surprising, carefully structured novel that for English readers will bring to mind David Mitchell, this feels much more expansive than its page count."?The Globe and Mail

"... full of insightful passages, dynamic characters and surprising situations. The Party Wall is a searching investigation of familial ties of biology and biography and the complex ways in which self-discovery affects our relationships."?The Winnipeg Review

"Impressive ... A great part of the pleasure of The Party Wall comes from realizing that things are not as we—and the characters—believed them to be ... A sensitively handled examination of people, relationships, and above all of fascinating questions of genetics and biology that are usually broached only in tabloids or gossip."—J.C. Sutcliffe, Full Stop

"Catherine Leroux presents four narratives whose characters, at first glance, are far removed from each other physically, socially, and spiritually. Each is involved in a quest for a parent or a resolution with a family member that will reaffirm and define his or her own identity. When Leroux does establish connections among her characters, she deftly demonstrates the way in which humanity is interdependent and connected, no matter the walls erected to keep people out or in. Leroux's characters, in such familiar situations, are well-defined and more than worthy of our sympathy."—Mary Fran Buckley, Eight Cousins (Falmouth, MA)

"Intricate and multi-layered, The Party Wall reflects how interconnected the world can be. I don?t have the words to do this book justice. Just read it—the ending will deliver; I promise."—Valerie Welbourn, Novels & Novelties Bookstore (Hendersonville, NC)

"[T]his book's sensibility is as unique as the situations Catherine Leroux creates for her characters ... The pacing is so subtle, the leaps and links among the storylines so imaginative, it's unlike anything I've read in a long time."—Martha Sharpe, Flying Books

"In The Party Wall, a thinking person?s book, interesting and disparate pairs of characters all eventually link together in a meaningful way. Politics in Canada plays a part, but there are so many other compelling scenes that make the novel hard to put down. The style and the characters are unique."—Sarajane Giddings, Blue Door Books (Cedarhurst, NY) 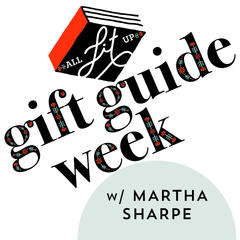 Quick recap: we've tapped five members of the literary community to write these gift guides for your wishlisting pleasure. You'll want to check out the picks of today's recommender, bookseller Martha Sharpe of super-cool microbookstore Flying Books, because she does this already ... Read more 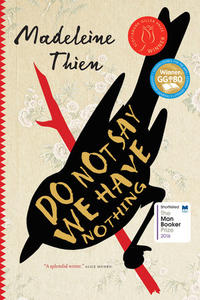 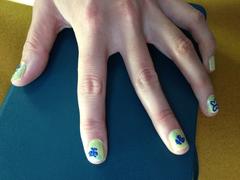 Believe it or not, this is our third-annual Literary #notd (nails-of-the-day, to the unacquainted)! Our  first year began almost by accident, as the ALU crew painted our nails while watching the longlist announcement at our desks. The  second year, with three books ... Read more

Other titles by Catherine Leroux

Other titles by Lazer Lederhendler