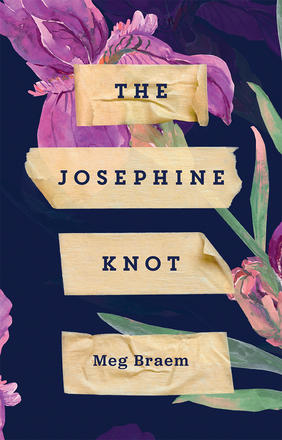 After Samantha’s baba dies, her fractured family is summoned to pick through the house full of belongings and trash, leaving taped notes on whatever they want to take. Between old napkins, a closet full of ketchup packets, and a freezer full of rotting meat are gems like a ... Read more

After Samantha’s baba dies, her fractured family is summoned to pick through the house full of belongings and trash, leaving taped notes on whatever they want to take. Between old napkins, a closet full of ketchup packets, and a freezer full of rotting meat are gems like a grandfather clock and plastic deer statuettes that hold more sentiment. While her father David sifts through his own memories, all Samantha wants is to find a simple object that could represent her place in the family. When other family members arrive, tug of wars and passive-aggressive conversations commence. In a house full of junk and sadness, it comes down to Samantha and David to find a new way to fit together.

Meg Braem’s plays have won the Gwen Pharis Ringwood Award for Drama at the Alberta Literary Awards and the Alberta Playwriting Competition, and Blood: A Scientific Romance was nominated for a Governor General’s Literary Award for Drama. Her work has been presented at the Citadel Theatre, Theatre Calgary, Lunchbox Theatre, the Belfry Theatre, Sage Theatre, Sparrow & Finch Theatre, Theatre Transit, Atomic Vaudeville, and Intrepid Theatre. She is a past member of the Citadel Playwrights Forum and was a playwright-in-residence at Workshop West Playwrights’ Theatre. Her next book, Feminist Resistance: A Graphic Approach (co-authored with Norah Bowman and Domique Hui), will be published by University of Toronto Press in 2019. Meg currently divides her time between Edmonton as the Lee Playwright in Residence at the University of Alberta and Calgary as the co-director of the Alberta Theatre Projects Playwrights Unit.

“Josephine avoids the obvious trappings of family feuds and instead sifts through the emotional debris resulting when a family’s matriarch finally falls. ” —Monday Magazine

“This one-act drama—which has its darkly funny moments—is curious and slightly macabre… Braem’s bold writing bodes well for her career—as does her sensitivity to the complex, often contradictory way in which people relate to one another. ” —Adrian Chamberlain, Times Colonist

Other titles by Meg Braem

Other titles by Amiel Gladstone