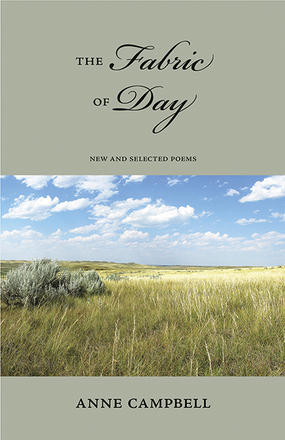 The Fabric of Day

The Fabric of Day

Throughout the years, Anne Campbell’s work has remained consistently engaging, her tone steady and trustworthy and her control of imagery precise. There are subtle changes in her presentation of the natural world and slight shifts in the metaphysical approach to space, time, ... Read more

Throughout the years, Anne Campbell’s work has remained consistently engaging, her tone steady and trustworthy and her control of imagery precise. There are subtle changes in her presentation of the natural world and slight shifts in the metaphysical approach to space, time, and possibility. But in this retrospective there is no doubt that her strength lies in her ability to capture the transcendence that occurs when nature informs the mind and the commonplace rises to philosophical insight. Though universal in scope, the poems only give up all their richness upon slow and careful readings.

The Fabric of Day is an offering to readers who want to know about emotional and spiritual survival and how a creative person confronts regrets and failures through a medium like poetry. The subject matter is as old as time and as contemporary as any authentic Facebook page or blog, except that the language employed is both beautiful as it is impacting.

Campbell’s poetic style is specific, local, and universal at the same time. Her images are powerful and her language honed to land and sky, horizon to earth. Her ability to illuminate common and intimate natural forces and how they play out against people’s emotions and alter their lives demonstrates great lyric power full of finesse, grace, and passion. Her voice declares its territory with a careful control of rhythm and space on the page and a gentle insistence to expectation on the ear.

Anne Campbell is an award-winning author of five collections of poetry and of popular non-fiction. Readings of her work, workshops, and musical compositions with Tom have taken her across Canada, the USA, and Britain. Her many awards include the City of Regina Writing Award, the Mayor’s Arts Award, and the Mayor’s Heritage Award. In her work at the Regina Public Library, Campbell administered Canada’s first public Writer-in-Residence program; as a long-time Saskatchewan arts and heritage activist, she served on the boards of The Writers Union of Canada, the Writers Development Trust, the Saskatchewan Writers Guild, and, presently, the Heritage Committee of the Wascana Centre Authority. Campbell lives in Regina.

How I Almost Married Leonard Cohen

“You almost married Leonard Cohen,” they said,
long after the 70s when their dad and I had separated;

They’d remembered Leonard, always in the house,
seeing  me   alive in his songs, thought
we’d make a good pair,   so one night
they gathered
to write the letter:

“She loves your music,” they said, “and we think
with your songs, and the way she thinks
you’d be a good match.”

I asked how it was I didn’t know this:
They said they couldn’t remember why they hadn’t sent the letter;
They’d all liked the idea, but the thought,  the thought,  had simply faded.

Time Away, after Jacqueline

Time away, she said, I need time away

from the ordinary; she  hopes to meet

the girl she once  was,  the woman she was to become

So she walks the tall grass,

at night  listens to her music;  thinks

if she keeps her focus,   silent  like a cat

“… a woman who has survived, one whose spiritual autobiography contains as many epiphanies of beauty and joy as it does of regrets and failures. Her poetry is about relatedness, the special connections the truly serious, truly authentic poet explores between human beings and the natural world in which they live.”  — Canadian Literature #103, for No Memory of a Move

“… time appears to be so still that an eternity might be encased between words dropped onto the page as if they landed there accidentally … there is a woman talking, yet also a refined lyric … a spiritual search for transcendence of a sort, peace of mind, a cessation of metaphysical storm.  RED EARTH, YELLOW STONE is not a book to be read quickly …” — Canadian Literature, for Red Earth, Yellow Stone

“Like the poems of Emily Dickinson, who haunts this collection, Campbell writes in an epistolary style that belies the depth of thinking that is engaged. The poems vibrate between human breath and earthly spirit. Nothing is insignificant.”  — Kristjana Gunners, for Soul to Touch 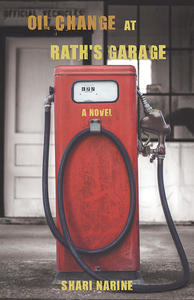