An unnamed, unemployed, dream-prone narrator finds himself following Chevauchet, diplomat of Onirica, a foreign republic of dreams, to resist a prohibition on sleep in near-future Greater America. On a mission to combat the state-sponsored drugging of citizens with uppers for ... Read more

An unnamed, unemployed, dream-prone narrator finds himself following Chevauchet, diplomat of Onirica, a foreign republic of dreams, to resist a prohibition on sleep in near-future Greater America. On a mission to combat the state-sponsored drugging of citizens with uppers for greater productivity, they traverse an eerie landscape in an everlasting autumn, able to see inside other people’s nightmares and dreams. As Comprehensive Illusion – a social media-like entity that hijacks creativity – overtakes the masses, Chevauchet, the old radical, weakens and disappears, leaving our narrator to take up Chevauchet's dictum that "daydreaming is directly subversive” and forge ahead on his own.

In slippery, exhilarating, and erudite prose, The Eyelid revels in the camaraderie of free thinking that can only happen on the lam, aiming to rescue a species that can no longer dream.

S. D. Chrostowska is Professor of Humanities and Social & Political Thought at York University, Toronto. She is the author of Literature on Trial: The Emergence of Critical Discourse in Germany, Poland, and Russia, 1700-1800 (2012); Permission: A Novel (2013); and Matches: A Light Book (2015, 2nd enlarged ed. 2019), and co-editor of Political Uses of Utopia: New Marxist, Anarchist, and Radical Democratic Perspectives (2017).

"A slight but quick-witted and thoughtful philosophical parable that falls somewhere between Camus and Gaiman’s Sandman universe. "

"Always provocative, Chrostowska investigates the notion that dreaming itself can be a subversive act. "

“The Eyelid” spins a rich and rewarding political fantasy out of this anxiety over the colonization of dreams and the subconscious by corporate power.

"Determined readers will revel in the sheer fecundity of ideas in this fiercely imaginative acid trip of an allegory. "

"The Eyelid! I devoured it! André Breton would have delighted in this unique disquisition on the nature of revery, nightmare and dreams—realms undeniably essential and as yet unvanquished. "

"S. D. Chrostowska achieves unexpected buoyancy in spite of the intensity of her material. Permission, certain to be among the most formally adventurous books published this year, will thrill readers of fearless stylists like Blanchot, Barthes, and Anne Carson. In its obsessive intricacy, it evokes even earlier forbears: those wonderfully melancholy European humanists, Thomas Browne and Robert Burton. ' Every Library is a haunted cemetery,' writes F. Wren, the narrator of Permission. This fine and perplexing novel is itself something between a library and a cemetery, spinning around the hauntings of desire, the confusions of memory, the ambiguities of solitude and, above all, the mystery of writing. "

"S. D. Chrostowska's The Eyelid is a brilliant, visionary satire on the digital mindscape of twenty-first-century late capitalism embodied in the new global state of Greater America. Insomnia is in; dreams are seditious; sleep is outlawed. Lulled by false fantasies projected by Artificial Intelligence (CI in the book), video games, and media collaborators, humans drug themselves to stay awake so they can slave through the now standard twenty-hour work days. Witty, oracular, Surreal, trenchant, politically astute, and often hilarious, The Eyelid is a throwback to the classics of the genre, Jonathan Swift's Gulliver's Travels and Samuel Butler's Erewhon. We are turning into a race of sleep-deprived automatons, Chrostowska warns, increasingly unable to mount political opposition or even dream a different future. "

"The novel, of course, is a warning of what is to come or what in large part has already come for us, its readers. Where do the opacities of sleep and the images and tales that our dreams are full of find reference in the world we inhabit?" 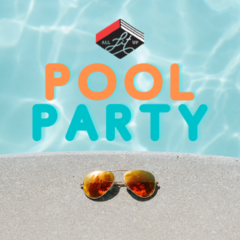 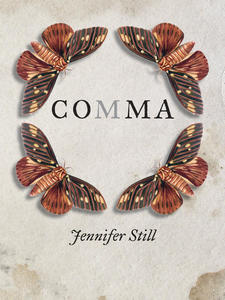 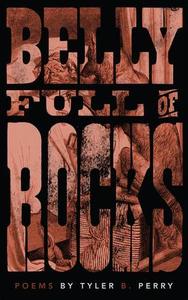 Q. What does a chilly Friday in make?

A. An evening in, with this Red Wine Hot Chocolate cocktail and Tyler B. Perry's poetry collection  A Belly Full of Rocks (Oolichan Books), a reimagining of popular fairy tales that may be dark, but far from Grimm.