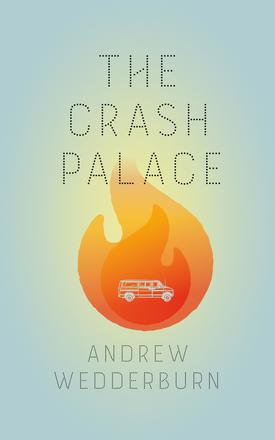 SHORTLISTED FOR THE RELIT 2022 NOVEL AWARD

A joy ride set on a crash course with the past.

Audrey Cole has always loved to drive. Anytime, anywhere, any car: a questionable rustbucket, a family sedan, the SUV she was paid to drive around the oil fields. From the second she learned ... Read more

SHORTLISTED FOR THE RELIT 2022 NOVEL AWARD

A joy ride set on a crash course with the past.

Audrey Cole has always loved to drive. Anytime, anywhere, any car: a questionable rustbucket, a family sedan, the SUV she was paid to drive around the oil fields. From the second she learned to drive, she’s always found a way to hit the road.

Years ago, when she abandoned her oil field job, she found herself chauffeuring around the Lever Men, a B-list band relegated to playing empty dive bars in far-flung towns. That’s how she found herself at the Crash Palace, an isolated lodge outside the big city where people pay to party in the wilderness.

And now, one night, while her young daughter is asleep at home, Audrey is struck by that old urge and finds herself testing the doors of parked cars in her neighbourhood. Before she knows it, she’s headed north in the dead of winter to the now abandoned Crash Palace in a stolen car, unable to stop herself from confronting her past

The Crash Palace is a funny, moving, and surprising novel by the author of the Amazon First Novel Award–nominated The Milk Chicken Bomb. Audrey is unlike any character you’ve met before, and you'll love being along for the ride.

She followed a washboard gravel road up and down a ridge of hills. A long line of parked vehicles ran up the edge of the road. She parked at the end and got out. Old pick-up trucks, little hatchbacks, old station wagons with ski racks. After a while she started passing orange trafﬁc pylons. She smelled grilling meat.

In a gravel parking lot, people in orange vests stood around a propane BBQ. A man in a cowboy hat was grilling burgers. Audrey saw a knot of people standing up at the top of a little ridge above them.

She hiked up through the brush. People were standing behind a line of orange ﬂuorescent tape, in a clearing between pine trees. Just past them was a stretch of gravel road. An S-curve switchback, a short straight- away, and then a ﬁnal curve before disappearing back into the woods. The gravel was brown and fresh, deep and scored with tire-marks.

She stood in the small crowd and was going to ask someone when she heard the engine.

She heard the engine and the conversation died down. Everyone stood quietly and then the car came around the corner. Taking the curve hard, back end drifting out in the soft gravel, kicking up a great cloud of dust. The driver shifted down through the S-curve, then revved up to pick up speed through the straightaway. Came close enough that Audrey could see the two of them in the car: two motorcycle helmets, a driver and a passenger, their heads bobbing back and forth through the curves. The car roared past, picking up speed, a Japanese sport sedan with a big spoiler, bright blue, the windshield, doors, hood, fenders all covered in stickers. It roared past and everyone cheered and they heard it shift again for the last curve and then it was gone, around the corner into the trees, the engine noise fading.

The cars came one after the other, a few minutes apart. All of them tackling the S-curve and then the short straightaway before the tight turn disappearing into the trees. Each of them a little different. They at- tacked the ﬁrst curve aggressively or cautiously. They didn’t all drift out on the ﬁrst curve. She saw them pick different spots to shift and rev.

The cars, the Subarus and Hondas and Ford Fiestas, got close enough each time for Audrey to catch a quick glimpse of the drivers and co- drivers in their matching helmets.

She watched twenty cars go by and at a certain point started cheering with the rest of the crowd. Cheered when the cars came into the curve, when they came by close enough to see the helmets, when they sped up through the straightaway and then disappeared around the other curve.

A big man in a denim jacket turned around and beamed at her. ‘That was a good day of racing,’ he said.

“Wedderburn’s prose has an alluringly musical style [. ..] Wedderburn leaves it up to us to devise our stories and figure out our own answers, adding to the book’s overall charm and mystique. ” –Quill & Quire

"Wedderburn’s novel The Milk Chicken Bomb, received a nod for the Amazon First Novel Award and was longlisted for the IMPAC Dublin literary award; this second novel — featuring a memorable character named Audrey Cole who goes on a road trip to The Crash Palace, where people pay to party in the wilderness — promises to be just as quirky. " –Toronto Star

"The Crash Palace reads like a greatest hits album of Alberta in the 2000s. " – Bruce Cinnamon, Alberta Views 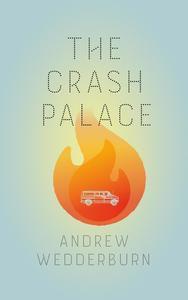 Other titles by Andrew Wedderburn