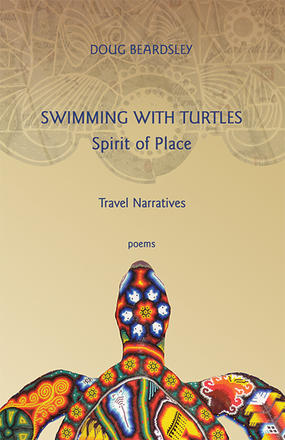 This book is moving and true. Mexico begins with the shock of dislocation, entry into "the exotic"; Caribbean Odyssey feels like a darker and more troubled grappling with spirit and place (and the Bolden references are terrific.) In the third movement the traveler feels more ... Read more

This book is moving and true. Mexico begins with the shock of dislocation, entry into "the exotic"; Caribbean Odyssey feels like a darker and more troubled grappling with spirit and place (and the Bolden references are terrific.) In the third movement the traveler feels more settled; humour is available, with a kind of exhaustion around the edges that accepts the surreal almost as status quo. And then in the South Seas there's the sense of cosmic openness, contemplation, agape. Hula Hymns celebrates the mystery, in human terms. To end on Cook's death, shape-shifting, myth, legend, brings us full circle to dislocation, but a dislocation where all the parts are in a kind of suspension with the vision developed through the text allowing new perspective.

"A pastiche of travel, Doug Beardsley's Spirit of Place is where the adventurous reader wants to go afar and meld with the paradisiacal of exotic places still in existence on an increasingly degradable earth. In Beardsley's travel narratives we have the right tonic for that restless global traveller. This poet has soul and I wish soul replaced the gold standard, but in this workaday consumer world, what is to be said is truly said by Beardsley. There is biting honesty, a hard edge to this volume." - Joe Rosenblatt

"Once again, Doug Beardsley is 'going down into history'. In the tradition of Stevenson and Melville, he sails the waters of the South Pacific and the Caribbean in search of 'spirit of place'. Beardsley looks beyond the invasion of 'mahogany tourists' and finds he cannot help 'thinking of slavery' and 'sea dragons'. He meditates on those who have come before; from Cortez and Cook to Gauguin and Neruda. In Swimming with Turtles history and myth fuse with the present in fine poems like 'Dark Hummingbird's Dance' and the final 'Sacrificial Presence'." - David Day

Doug Beardsley has produced both poetry and prose that is visionary and historically rich. His celebrated friendships with Canadian legends Irving Layton and Al Purdy have further informed his writing and created a legacy of fourteen books dating back to the mid 1970s. He has published over 200 poems in a wide variety of periodicals; given over 125 poetry readings; and written over 250 book reviews. He has been nominated for the BC Poetry Prize and the George Woodcock Prize. Beardsley lives in Victoria, BC.