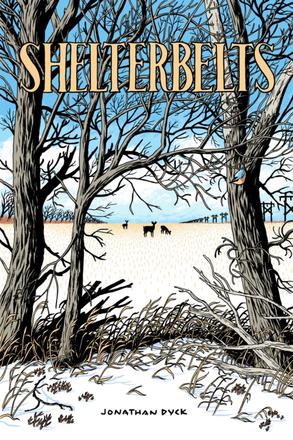 When a non-denominational megachurch opens on the edges of a rural Mennonite community, a quiet--but longstanding battle--begins to reveal itself. For years, the traditionalists in the community have held fast to the values and beliefs ... Read more

When a non-denominational megachurch opens on the edges of a rural Mennonite community, a quiet--but longstanding battle--begins to reveal itself. For years, the traditionalists in the community have held fast to the values and beliefs they grew up with, while other community members have begun raising important questions about LGBTQ+ inclusion, Indigenous land rights, and the Mennonite legacy of pacifism.

Through a series of vignettes, Shelterbelts explores the perspectives, experiences and limitations of a wide range of characters who find themselves increasingly at odds with their surroundings. A pastor and his queer daughter learn that a family has left their church because of the "LGBT issue. " Young activists butt heads with a farmer over the construction of a pipeline happening on his fields. A librarian leaves suggestive notes for readers inside popular library books. By pulling these threads together, artist Jonathan Dyck has woven a rich tapestry--one that depicts a close-knit community in the midst of defining its future as it reckons with its past.

Jonathan Dyck is an illustrator and cartoonist from Winnipeg, Manitoba -- Treaty 1 territory and the homeland of the Métis Nation.

"I rarely encounter a debut graphic novel that is as ambitious, as clearly told, and as deeply felt as Jonathan Dyck's Shelterbelts. Here is a cartoonist to watch. "

"A beautiful depiction of a rural community grappling with its roots, and a meditation on what happens when we open ourselves to the possibility that things we have long believed may not always be the whole or true story. "

--Sophie Yanow, creator of The Contradictions

"A vivid portrayal of people trapped by culture, geography, and history, and yet liberated by these forces at the same time. Jonathan Dyck shatters stereotypes about rural Mennonite life, providing complexity instead of caricature and nuance rather than simple answers. "

--Andrew Unger, author of Once Removed

"Shelterbelts is not just a graphic novel for Mennonites, but it belongs on a shelf next to Rudy Wiebe's Peace Shall Destroy Many. Like Wiebe, Jonathan Dyck has cleared a new space for play--a Spielraum where others may now join him in playing with words and images in new ways. " 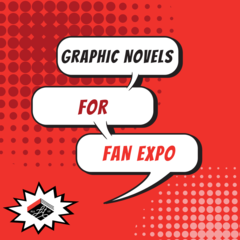 Fan Expo Canada is upon us! It doesn’t matter if you like horror or sci-fi, memoir or mystery; there is a graphic novel out there for you. From fictional slice of life to historical non-fiction, we have a list of ten graphic novels to choose from just in time for the start ... Read more