When Prime Minister Stephen Harper prorogued Parliament (for the second time in a year!) on December 30, 2009, he punted many vital bills into oblivion. But he also inspired hundreds of poems after Mansfield Press announced this government-toppling anthology. This book gathers ... Read more

When Prime Minister Stephen Harper prorogued Parliament (for the second time in a year!) on December 30, 2009, he punted many vital bills into oblivion. But he also inspired hundreds of poems after Mansfield Press announced this government-toppling anthology. This book gathers a range of responsesÑfrom outrage to slapstickÑby acclaimed poets (including Canada's first Parliamentary Poet Laureate and several winners of the Governor General's Award for Poetry), previously unpublished poets and, to paraphrase Stephen Harper, ordinary working Canadians.

Stuart Ross is a writer, editor, writing teacher, and small press guerrilla living in Cobourg, Ontario. The recipient of the 2019 Harbourfront Festival Prize and the 2010 Relit Prize for Short Fiction, among others, Stuart is the author of over twenty books of poetry, fiction, and essays, most recently The Book of Grief and Hamburgers (ECW Press, 2022) and 70 Kippers: The Dagmar Poems (with Michael Dennis; Proper Tales Press, 2020). Stuart has taught workshops in schools across the country and was Writer-in-Residence at Queen's University and the University of Ottawa. His work has been translated into French, Norwegian, Slovene, Russian, Spanish, and Estonian. I Am Claude François and You Are a Bathtub is his third collection of short fiction.

Stephen Brockwell is the author of four earlier poetry books, The Wire in Fences (Balmuir, 1988), The Cometology (ECW Press, 2001), Fruitfly Geographic (ECW, 2004), and The Real Made Up (ECW Press, 2007). He spent the first half of his life in Montreal, and the second half in Ottawa. He hasn't yet determined where he will spend the third half. He is co-editor of the online journal Poetics.

Psalm-like and surreal, diverse and surprising, Something Burned Along the Southern Border maps a seldom-recorded region of Canada, the joint of WindsorÐDetroit, and beyond. Like a scent, this poetry tugs, pulls open our memories. It smells like pancake houses, maple, diesel, tobacco, blood, and forest brush.Ó (Emily Schultz, author of Songs for the Dancing Chicken and Heaven Is Small) 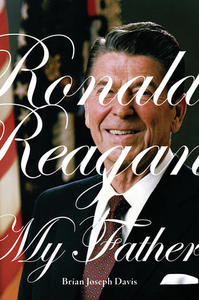 Other titles by Stephen Brockwell