It has been some time since Luc, a 32-year-old actor and Jean-Marc, a 38-year-old French teacher, have seen each other, but the wounds from their seven year love affair are only partially healed. Each of them has current worries as well: Jean-Marc, apparently secure and well ... Read more

It has been some time since Luc, a 32-year-old actor and Jean-Marc, a 38-year-old French teacher, have seen each other, but the wounds from their seven year love affair are only partially healed. Each of them has current worries as well: Jean-Marc, apparently secure and well off, is tired of the endless procession of insensitive and seductive students; he has also realized that he will never be the great novelist he had hoped to become. He feels, in a word, mediocre. Luc, after years as an obscure stage actor, has found popular success playing ?a nut case with a lisp” on a TV sitcom, but along with fame has come an unexpected and unwelcome loss of privacy and a struggle for self-respect. To make matters worse, Luc’s father is dying.

During this evening at Jean-Marc’s house, the two men dredge up the good and the bad memories; they confront each other about past injustices; they examine each other’s grey hairs; finally, they confess their fears and disillusionments and they comfort each other.

Michel Tremblay
One of the most produced and the most prominent playwrights in the history of Canadian theatre, Michel Tremblay has received countless prestigious honours and accolades. His dramatic, literary and autobiographical works have long enjoyed remarkable international popularity, including translations of his plays that have achieved huge success in Europe, the Americas and the Middle East.

John Van Burek
John Van Burek has been a practising theatre artist for over twenty years, in both French and English, throughout Canada. He has also worked in the fields of opera, film and television. He is also one of Canada’s leading translators for theatre, most notably of Michel Tremblay’s plays, including Les Belles-Soeurs (Talonbooks). Mr. Van Burek has received several awards and citations for his work, including the Toronto Drama Bench Award for Distinguished Contribution to the Canadian Theatre.

Bill Glassco
Born in Quebec, William Grant (?Bill”) Glassco was a Canadian theatre director, producer and founder of Toronto’s Tarragon Theatre. He then became the artistic director of the CentreStage Theatre Company which merged, in 1988, with the Toronto Free Theatre to become CanStage. In 1982, he was made an Officer of the Order of Canada.

?[Tremblay] has entered a new phase of his dramatic art.?
? Canadian Literature

“[Tremblay] has entered a new phase of his dramatic art.”
—Canadian Literature 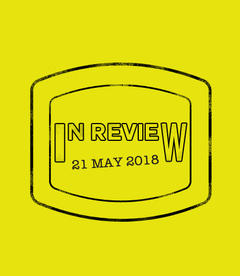