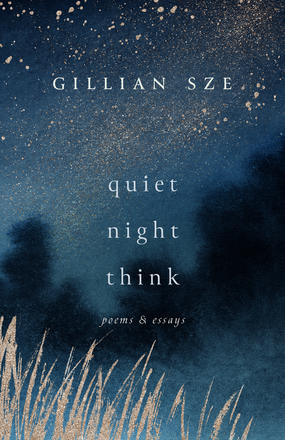 “Quiet Night Think is a stunning work. ” — Madeleine Thien, author of Do Not Say We Have Nothing

“One function of the poet at any time is to discover by his own thought and feeling what seems to him to be poetry at that time,” writes Wallace Stevens. In Quiet Night ... Read more

“Quiet Night Think is a stunning work. ” — Madeleine Thien, author of Do Not Say We Have Nothing

“One function of the poet at any time is to discover by his own thought and feeling what seems to him to be poetry at that time,” writes Wallace Stevens. In Quiet Night Think, award-winning poet Gillian Sze expresses her own definition.

During the remarkable period of early parenthood, Sze’s new maternal role urges her to contemplate her own origins, both familial and artistic. Comprised of six personal essays, poems, and a concluding long poem, Quiet Night Think takes its title from a direct translation of an eighth-century Chinese poem by Li Bai, the subject of the opening essay. Sze’s memory of reading Li Bai’s poem as a child marks the beginning of an unshakable encounter with poetry. What follows is an intimate anatomization of her particular entanglement with languages and cultures.

In her most generically diverse book yet, Sze moves between poetry and prose, mother and writer, the lyrical and the autobiographical, all the while inviting readers to meditate with her on questions of emergence and transformation: What are you trying to be? Where does a word break off? What calls to us throughout the night?

Gillian Sze was born and raised in Winnipeg, Manitoba. Her poetry has appeared in such venues as CV2, Prairie Fire, pax americana (U.S.), Crannó;g (Ireland), Cha: An Asian Literary Journal (Hong Kong), and as a featured 'Parliamentary Poem of The Week' selection. She is also the author of two chapbooks, This is the Colour I Love You Best (2007) and A Tender Invention (2008). She resides in Montreal.

snagged in the spider’s web,
or sits dewed upon long blades of morning.

It breaks dormancy
roots and shoots
to meet tinselled cheeps
and the uncertain step of a fawn.

is a whisper that flits forward,
glow upon glow,
affirming what’s buried beneath.

they came, two and two,
in them the breath of light.

“Quiet Night Think is a stunning work. Gillian Sze has ‘the acrobatic ear’ and a generous mind. To be a mother, a daughter, a writer, a self — through reflection and poetry, essay and remembrance, these fragile threads carry one another in profound, transporting ways. I know I will return to this extraordinary book again and again. ” — Madeleine Thien, author of Do Not Say We Have Nothing

“Sze draws on emotion-imbued imagery from nature, daily observations and intellectual investigations, punctuated by intimate, often heartrending glimmers that captivate all the way to the book’s end. ” — Montreal Review of Books

“There is a lot of learning to be had from Quiet Night Think. Sze offers valuable observations and methods of practicing writing in her essays, and then presents the results of those in her poems. The way the essays and poems speak to each other in this collection is stunning. ” — The Fiddlehead

“Quiet Night Think by Gillian Sze is a collection of finely observed poems and invitingly associative essays, in which Sze muses on language, translation, and individual words. ” — Poetry Foundation 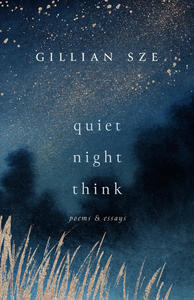 In today's Poetry Muse, Gillian Sze discusses how motherhood, or, "becoming a point of origin for someone else", was the start of an interrogation of her own beginnings, and in turn, the start of her collection  Quiet Night Think (ECW Press). Learn more about Gillian's ... Read more 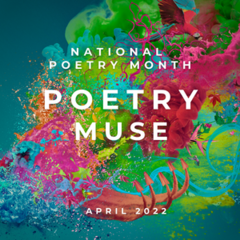 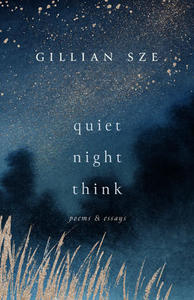 In Gillian Sze's Quiet Night Think (ECW Press), Gillian invites readers to meditate with her on questions of emergence and transformation. In this week's Poetry in Motion feature, Gillian shares how the birth of her son pushed her to think about her own beginnings and start ... Read more

Other titles by Gillian Sze