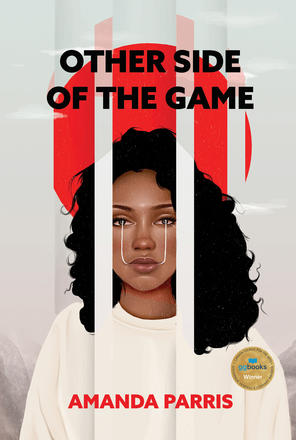 Other Side of the Game

Other Side of the Game

I don’t think you can expect society to change if you’re not ready to take the first step.

In the 1970s Beverly walks into an office of Black activists, wanting to join the Movement, and has to prove she’s committed enough to fight. Some forty years later, in the Hip Hop ... Read more

I don’t think you can expect society to change if you’re not ready to take the first step.

In the 1970s Beverly walks into an office of Black activists, wanting to join the Movement, and has to prove she’s committed enough to fight. Some forty years later, in the Hip Hop Generation, Nicole reunites with her ex-boyfriend on a basketball court, wondering where he’s been, when a police officer stops them.

In this striking debut, Amanda Parris turns the spotlight on the Black women who organize communities, support their incarcerated loved ones, and battle institutions, living each day by a ride-or-die philosophy, strengthening their voices and demanding to be heard.

By day, Amanda Parris is a television and radio host and writes a weekly column. By night, she writes stories for the stage and screen. Other Side of the Game is her first published play. In Amanda’s past lives she was an educator who wrote arts-based curricula, attended numerous acting auditions and dreamed of opening a school that Blue Ivy Carter would attend. Over the course of her career, Amanda has worn a variety of hats, working as an educator, a researcher, an actor and a community organizer. She is the co-founder of the award-winning alternative education organization Lost Lyrics and worked with the Remix Project and the Manifesto Festival. She has spoken about her work at United Nations conferences around the world. Parris completed her Honours B.A. degree in Political Science and Women’s Studies at York University and her M.A. degree in Sociology of Education at the University of Toronto. She was a playwright-in-residence at Cahoots Theatre Company and Alameda Theatre Company and studied writing and acting at b current performing arts, anitafrika dub theatre and the Lee Strasberg Theatre & Film Institute.

It is 1970-something and we are back at the meeting being held by the Movement. Throughout the meeting Khalil glances at Beverly and exchanges a smile or two. Akilah notices and is visibly uncomfortable. Beverly is taking notes.

Khalil: What we need to do is start building a vision for the future.

Elder: What does that mean?

Khalil: We need to stop reacting and begin building.

Elder: Who invited the poet?

Akilah: Okay. Elder, what do you think we should do?

Elder: We should be focusing our efforts on lobbying.

We have to reform the system. We can’t spiral out of control, rioting and mashing up the place. We need to rein the people them back in.

Khalil: Why? There is a rise in Black militancy. Black people aren’t begging—

Elder: Black militancy? What are you trying to do? Build an army? Start shooting at the pigs?

Khalil: People have a right to be angry.

Elder: I’m not saying that they don’t but—

Akilah: My son is eight years old and I can see teachers trying to devalue his worth every day. I can see him confused and angry. Josiah has a right to be angry.

Elder: So what—you want to teach Josiah to riot?

Akilah: No. I am going to teach Josiah how to channel his anger, know the power of his voice. I want him to be able to stand up and defend himself when a teacher—

Elder: How touching. Listen, young lady, there is a distinct difference between holding up a placard at Christie Pits and organizing a community.

Akilah: My name is not young lady.

Elder: Aren’t you supposed to be taking the minutes?

Beverly: I think… if I may… I think that the problem is we don’t know how powerful we are.

Elder: Who are you? Who is she?

Beverly: I’m Beverly. Hi. I’m new. I just… I think that… I mean I’m not an expert but I don’t think that you can expect society to change if you’re not ready to take the first step.

Elder: The first step? My girl, I’ve taken the first, second, third and fourth steps! Do you know how long I’ve been doing this?

Beverly: I… I just think that if we’re building a real Black political movement then we have to make sure that…

Beverly: I don’t know… nothing. Sorry.

Beverly: Well I just think that people have to start thinking about what resistance means on an individual level—like personally.

Khalil: I think I get what the sister is saying. So for example, one step someone might want to take is getting the white out of their hair.

Beverly: That’s not exactly what I—

Khalil: A second step could be getting the white out of their mind.

Elder: Are you insinuating that—?

Akilah: Ahhh I think I know where you’re going with this, brother. Maybe a third step could be… for a few people in this meeting… getting the white woman out of their bedroom.

Elder and Khalil react at the same time.

Elder: Now we don’t have to start going into people’s private affairs—

Khalil: I don’t think that’s pertinent to the conversation—

Elder: I say we take another break.

Khalil: I agree. Yes, a break is good.

Akilah: Look at that. You’ve finally found something you both can agree on.

"Parris’s play does the worthy work of combating the idea that Black women are superhuman, able to bear the weight of their communities, fight societal racism on micro and macro levels, and care for their families while managing a tight budget. "

"[Parris] is definitely someone to keep an eye on… [she] is a strong writer with a unique and inspiring voice. " 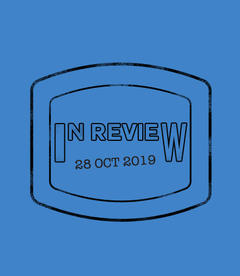