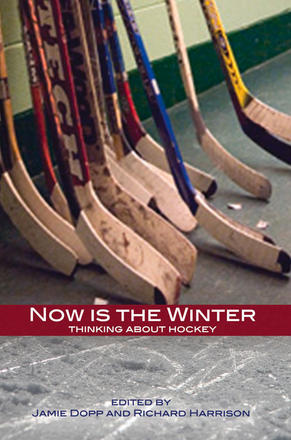 Now is the Winter

Now is the Winter

Editors Jamie Dopp and Richard Harrison have put together a wide-ranging collection of essays that examine all aspects of Canada's beloved sport. From its mythical beginning on a frozen northern pond to its evolution into a sport for mass consumption, with many fascinating stops ... Read more

Editors Jamie Dopp and Richard Harrison have put together a wide-ranging collection of essays that examine all aspects of Canada's beloved sport. From its mythical beginning on a frozen northern pond to its evolution into a sport for mass consumption, with many fascinating stops along the way, this collection celebrates hockey while acknowledging that there is more to it than a lone figure skating on an outdoor rink.

Richard Harrison is the author of seven books of poetry, among them, Governor-General's Award nominated Big Breath of a Wish, poems on his daughter's acquisition of language, and Hero of the Play, the first book of poetry launched at the Hockey Hall of Fame. His poetry has been translated into French, Spanish, Portuguese and Arabic. He teaches creative writing at Calgary's Mount Royal University where he also lectures on the graphic novel.

"Dopp and Harrison's collection of essays, Now is the Winter, melds the personal with the academic, and it does so with skill and eloquence. " - Journal of Canadian Studies

"Hewson's critical alertness to complications of the normative national identity echo in much of the rest of the collection, which includes Anne Hartman on the trickster dimension of women's shinny, Brian Kennedy on 'scripting' the NHL game according to Bakhtin's carnivalesque, David McNeil's affectionate speculations about hockey photos as text, Sam McKegney on sports writing and racialization of the Jonathan Cheechoo story, and E. W. Mason on storytelling techniques in New Zealand sports writing. The collection is supplemented by a rich bibliography and a helpful index. " - Canadian Literature

"You don't have to love hockey to love Now is the Winter. The insights gleaned are not limited to this single game. The book is multidisciplinary in the truest sense, with the contributors representing over a dozen fields of study, including Canadian Literature, Kinesiology, History, Creative Writing, Social Anthropology, Sport Management, Business, Indigenous Literatures, and Communications. Some essays consider hockey and popular culture in general terms, and some are as specific as the analysis of the 2006 trade of former Edmonton Oiler Chris Pronger. " - Arete 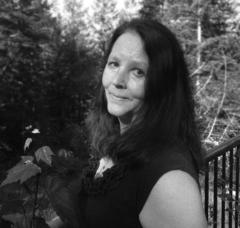 Other titles by Richard Harrison