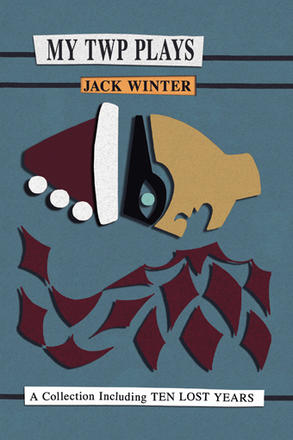 My TWP Plays presents five important plays written by Jack Winter while he was resident playwright at Toronto Workshop Productions, one of the first great troupes of the experimental and alternative theatre movement. The carnivalesque style of the selected works in this anthology ... Read more

My TWP Plays presents five important plays written by Jack Winter while he was resident playwright at Toronto Workshop Productions, one of the first great troupes of the experimental and alternative theatre movement. The carnivalesque style of the selected works in this anthology reflects the turbulence, contradictions, and subversion of the social revolution during which they were written and first produced, as well as the cultural politics at a time when Canadian artists were investigating new, non-colonial, and distinctly Canadian forms of expression that would define the nation and challenge received artistic styles and practices. Extensive notes by the playwright and a foreword by the director and dramaturge Bruce Barton (University of Toronto) illuminate an important two-decade period in the evolution of contemporary Canadian theatre, while providing glimpses of the artistic conditions, the cultural environment, and the personal circumstances within which the works were created.
Before Compiègne (1963) wildly imagines Joan of Arc’s final days.
The Mechanic (1964) and its experiments in form and staging offer a contemporary take on Molière and the commedia dell’arte.
The Death of Woyzeck (1965) dismantles, reconstructs, and rewrites Georg Büchner’s famous fragmentary original of 1837.
Ten Lost Years (1974) presents a highly theatricalized full-length dramatization of Barry Broadfoot’s collected interviews with Canadian survivors of the Great Depression.
You Can’t Get Here from There (1975) examines Canada’s involvement in the 1973 death of ousted Chilean president Salvador Allende.

From 1961 to 1967 Winter was resident playwright at Toronto Workshop Productions (Toronto, Ontario), where he wrote five stage plays: Before Compiègne, The Mechanic, The Death of Woyzeck, Hey Rube! and The Golem of Venice.

During his second tenure (1974–76) as resident playwright at Toronto Workshop Productions, he wrote four more stage plays: Letters from the Earth, Ten Lost Years, You Can’t Get Here from There, and Summer Seventy-Six (or Olympics ‘76).

“a great project and a major addition to knowledge. ”
– Ric Knowles, professor of Theatre Studies, University of Guelph and editor of Canadian Theatre Review

“A really excellent addition to our understanding of the birth of our modern Canadian theatre. ”
– Peter McKinnon
Professor of Theatre, York University

Other titles by Jack Winter