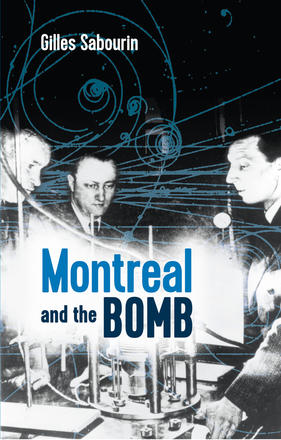 Montreal and the Bomb

Montreal and the Bomb

With war raging in Europe, the Allies worried about advances being made by Germans scientists. The British wanted to get a jump ahead of Hitler and the physicists working for the Third Reich. England was too close to the enemy, so they decided to secretly establish a nuclear ... Read more

With war raging in Europe, the Allies worried about advances being made by Germans scientists. The British wanted to get a jump ahead of Hitler and the physicists working for the Third Reich. England was too close to the enemy, so they decided to secretly establish a nuclear research laboratory in Montreal. The best scientists moved to Montreal with two goals in mind: develop an ultra-powerful bomb and find a new source of energy. What started as cooperation with the Americans instead became a race to harness the energy of the atom when Washington launched the Manhattan project.

Montreal and the Bomb breathes new life into the exhilarating saga of European scientists secretly developing a strategic nuclear laboratory in the halls of the Université de Montréal. It?s a story peopled by leading figures of modern physics, bold chemists, and scientists accused of spying. The one idea driving them is to master the atom, whatever the result may be.

"Montreal and the Bomb is an interesting and enlightening in-depth study of the very important role that Montreal played, during the Second World War and into the decades after, in the development of nuclear science. .. The is a really good read about a little known aspect of Montreal's twentieth century history. " Sandra Stock, Quebec Heritage News. "A thoroughly enjoyable read, Montreal and the Bomb takes the reader back to the end of WWII when the race for nuclear power was on ? Written for a general-interest audience, the author wisely restricts detailed descriptions of the nuclear principles and focuses more on the men and women involved. " The Miramichi Reader

"mixing espionage, international competition, and scientific discoveries ? Sabourin, a nuclear engineer by training, refrains from heroizing the characters in this story and insists on the dark sides of nuclear research ? a compelling read that reminds us of the peculiar scientific and political atmosphere that reigned during World War II in North America. " Clarence Hatton-Proulx Montreal Review of Books

WINNER OF THE HUBERT REEVES 2021 AWARD FOR SCIENCE COMMUNICATORS

Gilles Sabourin succeeds masterfully in bringing to life this exciting period of nuclear physics research, with an original focus on the important and often overlooked contributions of the Canadian-Franco-British group at Montreal. With many previously unknown personal anecdotes and scientific details this book reads as a thriller for the lay reader while offering novel insights to historians. The special circumstances of an international group of world-renowned experts (including my father) striving to unravel the secrets of the atom during the war has unexpected but fascinating parallels with today?s efforts to understand novel viruses and develop vaccines in record time. The mutual suspicion and lack of confidence between scientists, politicians, and the general public combined with the rhetoric of those striving for national dominance sounds all too familiar today. We have a lot to learn from this book to avoid repeating the mistakes of the past and to ensure that scientists are offered the moral and financial support that will allow them to work securely and effectively for the good of mankind.  Philippe Halban, Emeritus Professor of Medicine University of Geneva, son of Hans Halban who headed the Montreal Lab

I was pleased to read Gilles' book on the Manhattan Project during WW2 in Montreal . .. this less spectacular branch of the nuclear programme has received very little recognition and is largely forgotten. In fact much of the work done in Montreal forms the basis of many medical and industrial applications and I feel privileged to have been part of it.  Alma Chackett, Chemist employed by the Tube Alloy project and wife of Dr. Ken Chackett.

An absolutely fascinating story; I felt like I was reading a ?roman noir? with spies and treason but based on true events.  Michel Desautels, Radio-Canada (CBC)

I highly recommend this book to anybody who is interested in the history of science in Quebec and particularly in physics.  Yvan Dutil, Science Presse

an exciting book on the history of science and spying.  Louis Cornellier, Le Devoir

Gilles Sabourin tells the story of this little-known episode in our history, providing a portrayal of Montreal that could inspire best spy movies.  Les Libraires

the story reads like a spy novel. ? The care Gilles Sabourin took to provide depth to those who people the story and reveal the depth and the darkness that has surrounded it makes the book particularly riveting.  Lecture dominicale