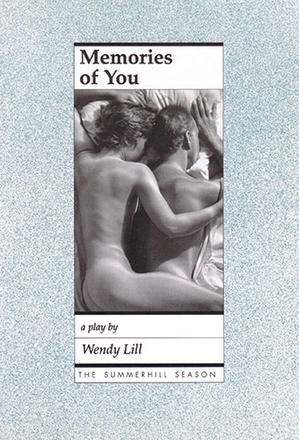 Memories of You is a play about the triumph and freedom of the spirit. It validates a woman’s right to chose the shape of her own life, in the full knowledge and understanding of the lasting consequences of her desire, her imagination and her actions. In its rejection of sentiment ... Read more

Memories of You is a play about the triumph and freedom of the spirit. It validates a woman’s right to chose the shape of her own life, in the full knowledge and understanding of the lasting consequences of her desire, her imagination and her actions. In its rejection of sentiment and any search for approval outside the self, it is an intense affirmation of the humanist spirit. It defines heroism as the ability to always embrace the world as it is, and never to make do with the way it ?should be. ’ The life of Elizabeth Smart pivoted on a turbulent affair that produced four children and her one book By Grand Central Station I Sat Down and Wept. Yet the dramatic strength of Wendy Lill’s play resides in her clear-eyed portrayal of Elizabeth Smart’s life not as a sacrifice to one great literary work, but of the book as a mere record of one great life lived.

When her resentful, drug-dependent daughter Rose comes to visit, mother and daughter confront each other with their own distinctly different visions of the past. Rose remembers that her father used her mother; Elizabeth remembers that she chose the father of her children, and that she did not regret that choice.

?Beautifully written ? its pleasure, its sensuality and its pain. A courageous and profoundly moving play ? ?
? Robert Enright, CBC

“. ..a startling emotional and visual experience, thrusts the viewer into a red hot and hyper-real world of love. ..”
—Halifax Chronical-Herald