A wide-ranging meditation by an accomplished poet on the uncontainable materiality of the world.

From yoghurt tubs to pop-up books to bobcats, from cement trucks to lost socks to the products of conception, Meditatio Placentae, Monty Reid's twelfth collection, is a book about ... Read more

A wide-ranging meditation by an accomplished poet on the uncontainable materiality of the world.

From yoghurt tubs to pop-up books to bobcats, from cement trucks to lost socks to the products of conception, Meditatio Placentae, Monty Reid's twelfth collection, is a book about unruly stuff. Stuff that functions but also stuff that exceeds, stuff that dreams. A gathering of short poems wrapped into longer sequences, this is a book that pays attention to the world, in all its dizzying forms.

The poems in Meditatio Placentae cluster around certain ideas, experiences, narratives; sometimes they cohere, sometimes they only assemble, but they are always at crossroads where people and objects collide. In these poems matter itself--including the placenta of the title poem--is vibrant, and argues for its rightful recognition.

When the time comes, the broken water disappears
into the seam of itself, and then the carry-on full of small bones

articulated as an I will also disappear.
They will be expecting me then.

And what would be the point of hanging on?
Just to be the lining of belief, after belief itself is gone? (from "Meditatio Placentae")

Monty Reid is a Canadian poet living in Ottawa. His most recent collection is The Luskville Reductions (Brick, 2008). Recent chapbooks include Site Conditions (Apt 9), Contributors' Notes (Gaspereau) and Moan Coach (above/ground) along with Garden units from a variety of small presses. Much of Garden appeared as Facebook posts in 2012 and his current long work, Intelligence, appeared on Twitter throughout 2013. Other online work can be found at Dusie, elimae, Drain, ottawater, Truck, experiment-o and elsewhere. Recent print work can be seen in the Peter F Yacht Club, the Malahat Review, Grain, Prairie Fire and other magazines.He plays guitar and mandolin with the band Call Me Katie. 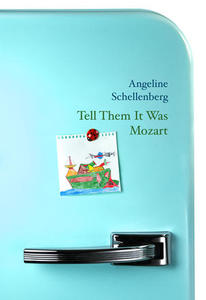 Other titles by Monty Reid