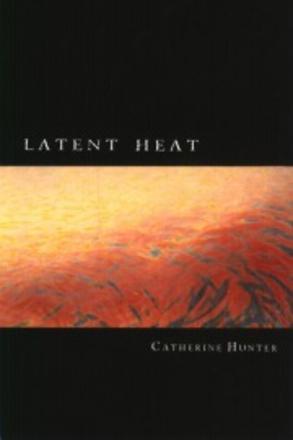 Catherine Hunter articulates complex questions with utter simplicity, releasing the passion that often lies beneath surfaces of our ordinary lives, and guiding us, through subtle connections on many levels, until we "can hear the city breathe. " Latent Heat presents a surprisingly ... Read more

Catherine Hunter articulates complex questions with utter simplicity, releasing the passion that often lies beneath surfaces of our ordinary lives, and guiding us, through subtle connections on many levels, until we "can hear the city breathe. " Latent Heat presents a surprisingly full and lyrical exploration of the lives we live together in this place, the suffering, the confusion, and those evanescent moments that sustain us.

Catherine Hunter teaches English at the University of Winnipeg. She is the author of several collections of poetry, including Necessary Crimes and Latent Heat. She is also the author of two literary mysteries: The Dead of Midnight and Where Shadows Burn.

13 Lines in Order to Forget Youa scientist draws a picture of the brainon the blackboard, she labels the memorywith a piece of chalka doctor raises his hand, a questionflutters on the tip of his tonguewhat were we talking about again?meanwhile, a patient with amnesia wandersdown the hall and walks out of the hospitalhow easily you've slipped my mindI have forgotten you, andif I were the two-headed womanon the cover of the National Enquirer todayI would forget you twice The Naked Eye(in memoriam, HJB)You are so far away, or let's be truthful,you've been dead for twenty years,a synapse in the brain of the city,these streets so fractured, full of spaces. I thought I saw you again this morning,walking the maze of paths behind the planetarium,as if you remembered the timethe teachers took us up there,let us read the sky. They told us any lossof matter is converted into energy. They gave ustelescopes and metaphors: You disappearedat the speed of light. But some things are apparent onlyto the naked eye. I can standon the Norwood Bridge and seem to touchthe potent circuit of the river. Venus, smallas the spurt of a penny match, appearssuspended, caught in the gapof the St. Boniface cathedral'sexcoriated window frame. The downtown lightsare sparks the city lets go, attemptingto purify itself. This city is still hot,young friend, white hot. It runs on the electricity conductedthrough the streets when heroesturn to constellations. It's heat that separates the metalfrom the ore, because in metallurgy,as in death, beauty smoulders closerand closer to the surfaceof the body, becoming visible at last,setting itself free. The burnt cathedral,with its empty window open like a mouth,says, ah. The sound of findingwhat it's lost. If you can see me,make some sign. Darknessis settling down, all over the suburbs,and Venus is rising. I can almost seethe passion that set her blazing like a flare,an SOS, a way of saying, don't stop lookingfor me. I am here.

“Catherine Hunter grew up in Winnipeg, where she listened well to the rhythm and music of the streets, supermarkets and malls. Her well-attuned ear captures this rhythm and music. In Latent Heat, she plays with it until it pirouettes onto the page in unexpected, yet hauntingly appropriate and beautiful images. Latent Heat is a work of exceptional poetic inspiration and ability. Hunter combines the talent and technique of the storyteller with the finely chiselled images of the poet. Lovers of poetry will sink into the cool, clear waters of Hunter's vision, never once asking to come up for air. But those who aren't will also find much to enjoy. Meaning here is not buried under mountains of words. It floats on the surface of magnificently flowing lines. ”—The Winnipeg Free Press 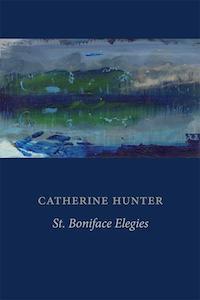 Today in the ALU DiscoverVerse, we welcome poet Catherine Hunter, author of  St. Boniface Elegies (Signature Editions), a collection that traces a poet's relationships with her family and her community. Below, Catherine shares more about the grip that poetry has had, and ... Read more

Other titles by Catherine Hunter