An early member of the avant-garde TISH group, which turned Canadian poetry for the first time to a focus on language, Marlatt’s career has spanned five decades and a range of formal styles and concerns. Intertidal: The Collected Earlier Poems offers Marlatt’s perceptual ... Read more

An early member of the avant-garde TISH group, which turned Canadian poetry for the first time to a focus on language, Marlatt’s career has spanned five decades and a range of formal styles and concerns. Intertidal: The Collected Earlier Poems offers Marlatt’s perceptual and Vancouver-centric work of the 1970s, her feminist writing of the 1980s, and her later collaborative work. Intertidal collects a broad selection of this poet’s groundbreaking work, including poetry from sixteen published collections and a number of previously unpublished or uncollected poems. The volume contains:
Frames of a Story (1968)
leaf leaf/s (1969)
What Matters: Writing (1968–1970)
Vancouver Poems (1972)
Our Lives (1972–1975)
Steveston (1974)
“Month of Hungry Ghosts” (1979)
“A Lost Book” (1970s)
“Here and There” (1981)
How Hug a Stone (1983)
Touch to My Tongue (1984)
Salvage (1991)
“small print” (1993)
“Sea Shining Between,” “Impossible Portraiture,” “Tracing the Cut” (2002)
“Generation, generations ...” (Coda to the 3rd edition of Steveston, 2001)
Between Brush Strokes (2008)

The later chapbook, Between Brush Strokes, is reproduced in full-colour, facsimile edition. The collection includes an introduction by Susan Holbrook as well as a complete bibliography of the work of this West Coast, deconstructionist, lesbian, and feminist writer. Intertidal is the definitive oeuvre of Daphne Marlatt’s poetry exploring the city, feminism, and collaboration.

This is the third volume in a new series of collected works published by Talonbooks. The first two are Peacock Blue: The Collected Poems of Phyllis Webb and Scree: The Collected Early Poems of Fred Wah, 1962–1991.

Susan Holbrook's poetry books are the Trillium-nominated Joy Is So Exhausting (Coach House, 2009), Good Egg Bad Seed (Nomados, 2004) and misled (Red Deer, 1999), which was shortlisted for the Pat Lowther Memorial Award and the Stephan G. Stephansson Award. She lives in Leamington, Ontario, and teaches North American literatures and Creative Writing at the University of Windsor. She is the author of a poetry textbook, Reading (and Writing About) Poetry (Broadview Press, 2015) and co-editor, with Thomas Dilworth, of The Letters of Gertrude Stein and Virgil Thomson: Composition as Conversation (Oxford, 2010).

QUOTES OF NOTE
Liquidities
“… more recent works, read alongside the earlier ones, provide a kind of relief topography of the ways in which neo-liberal globalization and demographic shifts have transformed Vancouver … the new volume demonstrates how Marlatt’s understanding of the local has changed, and how her syntax and line, rooted in the rapid deviations and juxtapositions of the earlier work, continue to correspond to a ‘shifting context of remembered history, terrain, and sensory experience,’ as she puts it. … if Liquidities speaks to the difference within both the writer and her city, it also attests to their continuities.” – Quill & Quire 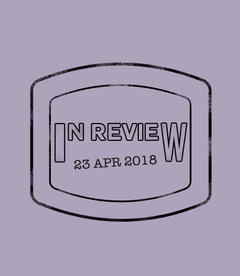 In Review: The Week of April 23rd

This week we found moments of reprieve with our last few poetry cures and got our maps out for Canadian Independent Bookstore Day. 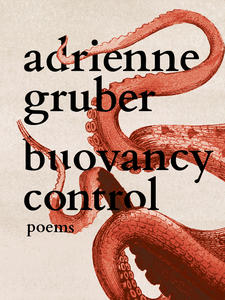 Eight years ago, inspired by the line in Karen Solie’s Modern and Normal ‘Studies show your demographic does well to take up hobbies,’ Adrienne Gruber spent four months in Mexico learning how to scuba dive and how to stop being sad. Buoyancy Control (BookThug), ... Read more

Other titles by Susan Holbrook