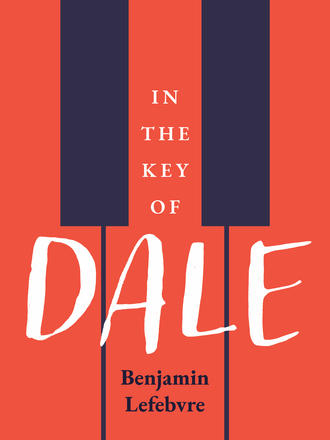 For fans of the Netflix series Heartstopper (based on the bestselling graphic novels by Alice Oseman): a disarming coming-of-age novel about a queer teen music prodigy who discovers pieces of himself in places he never thought to look.

For fans of the Netflix series Heartstopper (based on the bestselling graphic novels by Alice Oseman): a disarming coming-of-age novel about a queer teen music prodigy who discovers pieces of himself in places he never thought to look.

Sixteen-year-old Dale Cardigan is a loner who's managed to make himself completely invisible at his all-boys high school. He doesn't fit with his classmates (he gives them funny nicknames in his head), his stepbrother (nobody at school knows they're related), or even his mother (she never quite sees how gifted a musician Dale might be) - but they don't fit with him either. And he's fine with that. To him, high school and home are stages to endure until his real life can finally begin.

After Dale is unable to locate his father's grave at the cemetery, he starts writing letters addressed to his father, initially to tell him everything he can't bring himself to tell his mother and soon as a way to keep track of some unexpected developments. Somewhat against his will, he befriends his classmate Rusty, who gets a rare look at Dale's complex life outside school. Their friendship gets awkward when it seems Dale's growing attraction to Rusty is doomed to remain one-sided, but it's to Rusty that Dale turns when he stumbles upon a family secret.

In the Key of Dale is a beguiling, pitch-perfect book about growing up, fitting in, and finding a way out of grief and loneliness toward the melodic light of adulthood.

Benjamin Lefebvre lives in Kitchener, Ontario. His edited books include the three-volume critical anthology The L.M. Montgomery Reader (winner of the 2016 PROSE Award for Literature from the Association of American Publishers) and an edition of Montgomery's rediscovered final book, The Blythes Are Quoted. In the Key of Dale is his first novel. He can be found online at benjaminlefebvre.com.

Dale Cardigan is an unforgettable teenager who is unapologetically true to himself. I want to adopt Dale as my fictional nephew and invite him and his friend Rusty over for dinner. Benjamin Lefebvre writes about grief, sexuality, and family with wit and wordplay. Dale is going through all the awful, wonderful, huge feelings that come with being alive, and reading In the Key of Dale, I went through all those emotions with him. Lefebvre has written a moving celebration of teenage friendship, sex, and creative life. -Susie Taylor, author of Even Weirder Than Before

In the Key of Dale is pitch perfect. I fell in love with Dale Cardigan, and I couldn't stop turning the pages. Full of complex characters and relationships, this is a debut novel with great heart. Read it! -Bill Konigsberg, award-winning author of The Music of What Happens

In the Key of Dale is an ode to queer teens - and artists! - who boldly found ways to stay true to themselves while also coping in places that weren't always supportive. Told with humour and compassion, Benjamin Lefebvre's epistolary grief narrative will have readers both laughing and crying - sometimes at the same time. -Melanie J. Fishbane, author of Maud: A Novel Inspired by the Life of L. M. Montgomery

Lefebvre delivers a fresh, poignant, and deeply intimate narrative for the modern reader. Dale Cardigan may be a teenager, but his search for meaning in love and music is a reminder to all of us that finding your own melody is magic. -Vanessa Brown, author of The Forest City Killer: A Serial Killer, a Cold-Case Sleuth, and a Search for Justice

By turns snarkily funny and wrenchingly poignant, Benjamin Lefebvre's debut novel is a pitch-perfect paean to the geeks, loners and musical prodigies you knew - or were - in high school. As a geek/loner/former music 'prodigy' myself, I can tell you that In the Key of Dale contains not a single false note. A revelatory delight from beginning to end. -C. E. Gatchalian, author of Double Melancholy: Art, Beauty, and the Making of a Brown Queer Man

Benjamin Lefebvre's debut YA novel offers all the pleasures of a breezy, gay, will-they-wonât-they high school romance while also tackling weightier themes. The result is a portrait that is surprisingly fresh yet will resonate strongly with readers' own experiences of navigating the fraught world of adults before attaining the benefits of adult autonomy . .. Complex, thoughtful, and compelling: In the Key of Dale is sure to strike a chord. -Quill and Quire 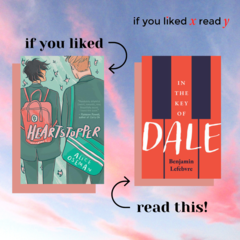 If you were invested in the lives of queer teenagers in Alice Oseman’s Heartstopper, be sure to check out Benjamin Lefebvre’s In the Key of Dale (Arsenal Pulp Press), which encapsulates a queer coming-of-age story of a music prodigy with a hint of mystery.