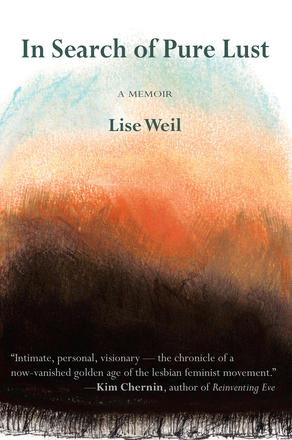 In Search of Pure Lust

In Search of Pure Lust

In Search of Pure Lust documents an important chapter in lesbian history that is already being distorted and erased, a time when lesbians were reinventing everything from the ground up. Along with violence against women around the globe, lesbians of the 1970s and '80s were motivated by growing militarism, rampant development, species loss, and living systems in decline. For many, this was the logical conclusion to a state of law/mind/rule that had prevailed for thousands of years -- patriarchy.

This is a long overdue and unvarnished insider's account of those times. The memoir, centered in the Northeast U. S. and then later in Quebec, combines a personal story with the story of a political movement. The book is full of celebration, but also depicts the shadow side of the lesbian movement, taking the reader into the bitter squabbles that divided women, both personally and politically. On a deeper level, the memoir charts a long and difficult quest for love. Over and over, the narrator dives headlong into rapturous passions that either fizzle out or come to brutal and ugly endings.

In the mid-'80s, when a friend invites her to a Zen retreat, she as desperate enough to say yes. A period of difficult self-examination ensues and, over a period of years, she begins to learn an altogether different approach to desire. The last section of the memoir traces the fallout from that collision between hot-blooded lesbian desire and spacious, temperate Zen mind. What the search for pure lust uncovers, in the end, is something that looks a lot like love.

Lise Weil is an award-winning editor and translator. Her essays and literary nonfiction have been published widely in Canada and the U.S. She is founding editor of Dark Matter: Women Witnessing and teaches in the Goddard Graduate Institute. Her short fiction, essays, reviews, literary nonfiction, and translations have been published widely in journals in both Canada and the U.S. Her collection of Mary Meigs' writings on aging, Beyond Recall (2005), was a finalist for a Lambda Literary Award in biography in 2006. Born in Chicago, she moved to Montreal in 1990. These many years later, she is still in love with this city--for its mix of cultures and languages, its café life, its year-round festivals, and its proximity to wilderness. She spends summers in a cabin in the woods north of the city where she hosts annual retreats for women writers centred around dreamwork.

There was a constant hum that spring and summer of 1981; it filled all the rooms of the farmhouse on that country road in western Massachusetts. The house was the hub of a great wheel. The women in the study group came from all directions and the walls absorbed all of our sounds: the laughing, the cries of epiphany and delight, the occasional roars of indignation. Even the sounds of our listening--for we listened to each other with an intensity that seemed palpable.

Jane wrote an essay at the time that began with women sitting at a round dinner table and talking and laughing so hard the table lifted up off the earth and became a flying saucer spinning out into space. That's how it was in study group sometimes; as we sat in our circle the energy would start to build until we were all careening on the edge, like those tilt-a-whirl cars you can get to spin madly by turning the wheel in the centre, and you keep turning harder even though you're giddy and dizzy with laughter.

It was what we thought conversations were for: those moments of lifting off, weightlessness, being propelled through time and space by the sheer voltage of our connections, words traveling the channels that we'd opened. For it was always more than a matter of feeling connected to each other, and to ourselves--that recurring "yes, yes, that's just how I've always felt too!" or "yes, I think I've always felt that way, but till now I didn't know it. " It was also the opening of a vast space--for many of these were yeses that had never existed before, and there was no telling where they would lead. Our territory was the unexplored realm of possibility, H. D.'s "unwritten volume of the new. "

In Gyn/Ecology, I found a whole chapter devoted to this phenomenon--Daly called it "Spinning. " Like the spider, we were in freefall through space, "whirling and twirling the threads of life on the axis of our own being. " When a conversation brought us to the point where we felt suspended, weightless, lightheaded, and somehow not ourselves--then we knew we were on to something. What was coursing through us was nothing less than sheer evolutionary energy.

All of which is not to say we were a bunch of starry-eyed idealists. We saw the sickening of the planet--the spreading poisons, the dying out of species, the numbing of psyches. We saw that the disease was pervasive and possibly terminal. And we saw that it was being visited upon the planet primarily by the male of the species and his need for ownership and control. I had now finished Gyn/Ecology, which spelled out the ravages of two thousand years of patriarchal pollution. (My instinctive preference for women, my instinctive urge to protect them from men, to protect myself, had an objective status to it, I saw now. History backed me up on it. ) How could I have resisted this book for so long? In its critical analysis of patriarchal myth and ritual and its celebration of female bonding, it was the theory to our practice. Maybe I had needed to wait until I was fully engaged in that practice so that as I read, every word of it became flesh in my mind's eye.

As unblinkered as its vision was, Gyn/Ecology was not a bleak book. Like Virginia Woolf in Three Guineas, Daly saw that women, this culture's perpetual outsiders, were free "from unreal loyalties," and thus in a position to bring about fundamental change. How much more so was this true for those of us who centred our lives around women. We thought of ourselves as the last hope on earth. To the destruction we saw all around us, there was only one answer--creation--and when we began to spin together, we felt we were following the lines of the double helix itself, the very spiral of life, the most fundamental unit of creation in the universe.

Grace had grown up in Florida, and when it came to hospitality, she said, she was a Southerner at heart. Among the study group women her pet name was "gracious," and the more time I spent with her, the more I saw why. Anyone who came through our door was always welcomed, not only with offers of food and drink but also with that exquisite attention she knew how to pay, and that I was beginning to notice many women couldn't get enough of. Perhaps that's why it seemed Grace and I were never alone in those days. Someone was always dropping by--to retrieve a forgotten bag or borrow a book or just to share a thought that couldn't be sat on one day longer.

But it wasn't only people. There was almost always some accompaniment in the form of lines from philosophy or poetry. The poems in Rich's The Dream of a Common Language, which all of us had read many times over, were constantly present, especially the "Twenty-One Love Poems" which it often seemed to me we were all living out: "this we were, this is how we tried to love, / and these are the forces they had ranged against us, / and these are the forces we had ranged within us. ..." Maybe it was this other layer of language that made the air so thick always. Maybe that was the hum.

The house itself seemed thick with history, and the tiniest acts--waxing the wideplank pine floors or pumping water at the slate sink--had a way of taking on an almost sacred significance, as if hallowed by the travails of the farmwomen who had lived there before us. This was even more the case after Aida introduced us to a play she had discovered, set in a nineteenth-century prairie farmhouse, called Trifles. She recounted the plot to us during study group one June night. A farmer is murdered; the sheriff and his henchmen are called in but find no clues. When the neighbouring wives appear they are able to solve the crime by attending to the disarray in the kitchen--the very details the men dismissed as "trifles. "

We all loved the way women took justice into their own hands in this play. We were so taken with it we actually performed it one night in the kitchen of this nineteenth-century farmhouse. Aida played the first of the wives to discover something was awry, rifling through the things on the kitchen counter with a studious eye. I played the sheriff. Eleanor played my wife, and it was eerie how completely she managed to embody the fury and compassion of Mrs. Hale as she pieced together the story of the farmer's wife: "No, Wright wouldn't like the bird--a thing that sang. She used to sing. He killed that too. " The sounds of Susan Glaspell's play too were absorbed by the walls of this house, becoming yet another living presence here.

In study group we talked a lot about something we called "the third thing. " Patriarchal thought presented us with an endless series of false alternatives: we could be either powerful or loving, either subject or object, either body or spirit. When confronted with such dualistic thinking, we always looked for a "third thing"--something greater than either of those alternatives and in light of which they could be resolved. Joanne liked to remind us of the history of philosophy, with its eternal tug-of-war between perception and cognition. As if the two functioned independently of each other! As if the eye did not take in everything--texture, colour, shape, and meaning. To prove it, she brought in one of her graceful fibre creations, which testified to this fact more eloquently than any words could do. The third thing, we agreed, was also the dimension we entered as we sat on the plush and spun together, that made of us something greater than the sum of our parts.

In Search of Pure Lust is more than a meditation on queer identity. It's an incredible coming-of-age memoir that claims a woman's right to be herself, wherever and whenever she may be. "
--Foreword Magazine

"I'm going to cut right to the chase here: I loved this book! In Search of Pure Lust is an invigorating ride through the heady days of 70s and 80s feminism, a raw mixture of the personal with the political and the political with the personal. It's also a compelling meditation on lesbian desire. Weil's searing honesty--it's never easy to look in the mirror, never mind reveal to the world what you see--grips you and never lets go. There's tenderness here and pain and compassion also, all the transformative facets of love. If I'd read this book in my twenties it's quite possible that it would have changed my life. "
--Eva Tihanyi, author of The Largeness of Rescue and Flying Underwater: Poems New and Selected