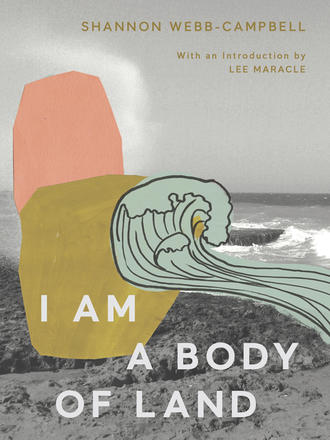 I Am a Body of Land

I Am a Body of Land

Finalist for the 2019 A. M. Klein Prize for Poetry

Edited, with an introduction by multiple award-winning writer, elder, and activist Lee Maracle.

If poetry is a place to question, I Am a Body of Land by Shannon Webb-Campbell is an attempt to explore a relationship to poetic ... Read more

Finalist for the 2019 A. M. Klein Prize for Poetry

Edited, with an introduction by multiple award-winning writer, elder, and activist Lee Maracle.

If poetry is a place to question, I Am a Body of Land by Shannon Webb-Campbell is an attempt to explore a relationship to poetic responsibility and accountability, and frame poetry as a form of re-visioning.
Here Webb-Campbell revisits the text of her earlier work Who Took My Sister? to examine her self, her place and her own poetic strategies. These poems are efforts to decolonize, unlearn, and undo harm.
Reconsidering individual poems and letters, Webb-Campbell's confessional writing circles back, and challenges what it means to ask questions of her own settler-Indigenous identity, belonging, and attempts to cry out for community, and call in with love.
Praise for I Am a Body of Land:
"Poetry awake with the winds from the Four Directions, poetry that crosses borders, margins, treaties, yellow tape warning Police Line: Do Not Cross. Poetry whose traditional territory, through colonization, has become trauma and shame. Unceded poetry. Read. Respect. Weep. " —Susan Musgrave, author of Origami Dove
"Shannon Webb-Campbell's work forces readers out of polite conversation and into a realm where despair and hard truths are being told, being heard and finding the emotion strength to learn from it, find out way out and embrace our beauty as Indigenous women. " —Carol Rose Daniels, author of Hiraeth and Bearskin Diary, winner of the First Nations Communities READ Award and the Aboriginal Literature Award.

Shannon Webb-Campbell is a mixed Indigenous (Mi'kmaq) settler poet, writer, and critic. Her books include: Still No Word (2015), the recipient of Eagle Canada's Out in Print Award, I Am A Body of Land (Book*hug Press, 2019), and Lunar Tides (Book*hug Press, 2022). Shannon holds a MFA in Creative Writing from University of British Columbia, and a MA in English Literature at Memorial University of Newfoundland and Labrador, and is pursuing her PhD at the University of New Brunswick in the Department of English. She is the editor of Visual Arts News Magazine. Shannon is a member of Qalipu Mi'kmaq First Nation, and lives in Kijpuktuk/Halifax in Mi'kma'ki.

Lee Maracle is a member of the Sto:Lo nation. She was born in Vancouver and grew up on the North Shore. She is the author of the critically acclaimed novels Ravensong and Daughters Are Forever. Her novel for young adults, Will’s Garden was well-received and is taught in schools. She has also published on book of poetry, Bent Box, and a work of creative non-fiction, I Am Woman. She is the co-editor of a number of anthologies, including the award winning anthology My Home As I Remember and Telling It: Women and Language across Culture. Her work has been published in anthologies and scholarly journals worldwide. The mother of four and grandmother of seven, Maracle is currently an instructor at the University of Toronto, the Traditional Teacher for First Nation’s House, and instructor with the Centre for Indigenous Theatre and the S.A.G.E. (Support for Aboriginal Graduate Education). She is also a writing instructor at the Banff Centre for the Arts.In 2009, Maracle received an Honorary Doctor of Letters from St. Thomas University. Maracle recently received the Queen’s Diamond Jubilee Medal for her work promoting writing among Aboriginal Youth, and is 2014 finalist for the Ontario Premier’s Award for Excellence in the Arts.Maracle has served as Distinguished Visiting Scholar at the University of Toronto, University of Waterloo, and the University of Western Washington. 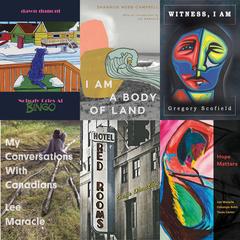 Other titles by Shannon Webb-Campbell