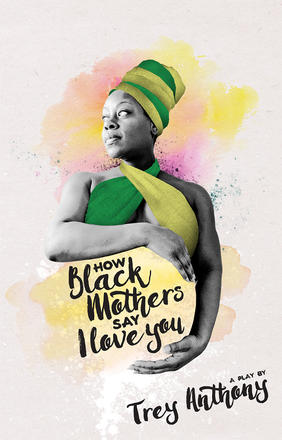 How Black Mothers Say I Love You

How Black Mothers Say I Love You

From the author of the blockbuster hit ‘da Kink in my hair comes an emotional and raw look into family dynamics, trust, resolution and change.

Claudette still can’t forgive her mother for leaving. For six years of her childhood, Claudette and her sister Valerie were left ... Read more

From the author of the blockbuster hit ‘da Kink in my hair comes an emotional and raw look into family dynamics, trust, resolution and change.

Claudette still can’t forgive her mother for leaving. For six years of her childhood, Claudette and her sister Valerie were left with their grandmother while their mother, Daphne, moved from Jamaica to the United States to start a new chapter for their family. But in that time, Daphne remarried and had another daughter.

Claudette, now in her late thirties, travels to visit her dying mother in Brooklyn, but that doesn’t stop her anger and abandonment issues from bubbling up. It doesn’t stop Daphne from voicing her opinions on how Claudette lives her life, either. With Daphne, Claudette, and Valerie all under one roof again, each family member is forced to confront their emotions while there’s still time.

Though rooted in buried strife and sadness, How Black Mothers Say I Love You is full of humour, love and tenderness as it explores the complicated perceptions of immigrant mothers.

Trey Anthony is known for the groundbreaking and award-winning television and theatrical production ’da Kink in my hair. She is the first Black Canadian woman to write and produce a television show in prime time on a major Canadian network. Trey is a former television producer for the Women’s Television Network (now W) and a writer for the Comedy Network and CTV. She was recently named a Bell Media Fellow, which recognizes emerging television producers and their contribution to Canadian media. She is the creator of the wellness speaking series “A black girl in love with herself.” She is regularly invited to schools to speak to students about sexuality, body image, and other issues. Originally based in Toronto, Trey now lives in Georgia.

“She's especially adept at switching from the serious to the comic in a few lines, and the audience reacts audibly to certain revelations as well as to the play's moments of intensity and humour. ”

“Anthony plumbs this generational trauma to create a story of poignant truth about racism, colonialism, and their effect on the family… Trey Anthony is a national treasure. ”

Other titles by Trey Anthony