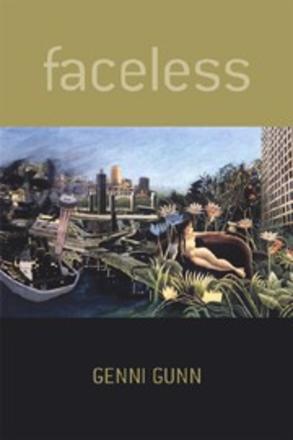 In Faceless, Genni Gunn explores "the impulse for the edge," a magnetic field between the gloss of the topside world and the grit of the world beneath. Both these landscapes are fascinating and treacherous, haunted by faces that are obsessively worn and shed, torn off and replaced, ... Read more

In Faceless, Genni Gunn explores "the impulse for the edge," a magnetic field between the gloss of the topside world and the grit of the world beneath. Both these landscapes are fascinating and treacherous, haunted by faces that are obsessively worn and shed, torn off and replaced, where identity itself is arbitrary. Impersonation, even of oneself, is the rule. In a piano bar, the musician is a chameleon adapting to the faceless men who sit around her piano. The faceless cadavers in the notorious BodyWorlds exhibits stalk the rooms while, in Gunn's title poem, an ordinary French woman finds redemption in the world's first face transplant after being mauled in a strange accident by her pet dog. To be anonymous in today's urban places is to be free yet isolated, to be in a constant flux of longing for and fear of "the dead and beating heart," both in one's own breast and those faltering in the chests of others. The countless faces that Gunn confronts on the streets of the city or behind closed doors make her important new book such a compelling read–as does the "delicious anxiety" she sees hanging in ecstatic, sometimes terrifying suspense in the liminal spaces between.

Genni Gunn, author, musician and translator, has published eleven books: three novels –Solitaria, Tracing Iris and Thrice Upon A Time, three short story collections – the forthcoming Permanent Tourists, Hungers and On The Road, two poetry collections – Faceless and Mating In Captivity, a collection of personal essays – Tracks: Journeys In Time And Place, and three translations of poetry collections from Italian – Devour Me Too and Traveling In The Gait Of A Fox by Dacia Maraini and Text Me by Corrado Calabrò. Gunn’s opera libretto, Alternate Visions, was produced by Chants Libres (music by John Oliver) and premiered in Montreal in 2007. Her books have been translated into Dutch and Italian, and have been finalists for major awards: Solitaria for the Giller Prize; Thrice Upon A Time for the Commonwealth Writers' Prize; Mating In Captivity for the Gerald Lampert Poetry Award; Devour Me Too for the John Glassco Translation Prize; and Traveling In The Gait Of A Fox for the Premio Internazionale Diego Valeri for Literary Translation. Her novel Tracing Iris was made into the film The Riverbank. Before she turned to writing full-time, Genni toured Canada extensively with a variety of bands (bass guitar, piano and vocals). Since then, she has held many residencies and performed at hundreds of readings and writers’ festivals. Gunn has a BFA and an MFA and lives in Vancouver.

Like RuinsThree weeks they prod calibrate x-raybones muscles gauge seismic signaturesdelicate and black like ruinsrows of stones radiating from a cairnWhen I hear the word I imagine The Tropicof Cancer your body stretched aroundthe earth your body the earth MexicoEgypt India Saudi Arabia Chinathe sun in June directly overheadYou are cut-away in profile an exotic terrainfaults a sediment of sentiments layersof lovers the youngest lying betweenrivers in the high plateau of the Italian Murgethe oldest leaning against Vancouver skyYou are landscape a place to point to YOU AREHERE like the red dot on a mall schematicboxed in by lines and squares the earth suddenly flata constellation a crab in the northern hemisphereclawing the night sky YOU ARE HERE an Xray irradiating fearyou push us away take solace in your solo danceyour breast a thermal aureole a tropicof cancer while we arc low in the skyDruids used stones surgeons a kniferituals to spur the sun to burnstave off light FACELESS1. In crowds strangers jostle against herarms and legs In lineups people elbowin front of her In bars men starepast her She spends a quarter of her payon cosmetics – eye shadows liners blushesfoundations glows – the rainbow captivein small compacts And still she is5. A quarrel rising counterpoint the girls shrilldemand to the mother's martyred sobsbickers pleas pouts banal exchanges all shoutultimtums the girls slam into the nightthirteen fifteen their bodies high-risk machinesthe mother calls but they don't veerthe dog barks twice then settles on the rugthe woman slumps in front of her TVtoday she lost her job her husband goneand now her girls she reaches in her pursedraws out the vial of pills she'll sleep tonightno matter what she'll sleep and show them all6. Her dog is a loyal creature He ogles herthrough one slit eyeDogs are heroic They dive underwateroff 80-foot cliffs to save people from drowningthey climb mountains and dig for avalanche victimsone dog waited twelve years for his masterin the lobby of a hospital where he had last seen himThis woman's dog at first is not perturbed by herlying on the couch accustomed to her sluggish rutsReality TV but as the hours lapseand the woman doesn't stir he licks her hand and facestill no response he licks and licks her mouth and nosehis paws now claw her chin he panics nips at her lifeless lipsshe finally hears the whine struggles a resurrectionHe saved her life her daughters saythis dog who mauled their mother's face SINGLE3. AnimationsNot so different from what happensin the middle years you fall in love againstupidly like the first time only you're afraidto let yourself be drawn in frame by frameremembering your past imperfect tracingsof a lover's pencil how his animationcreated static movements your haira spider's web your mouth a Venus flytrapand he always the fly and when you saidI love you he sketched a hand in farewellperhaps it's better left to computer morphingless margin for error just key in first meetingand render the final kiss embracethe random graphics in between

“In the poems in Faceless, Genni Gunn explores the many masks worn and peeled away in attempts at formulating identity, influencing opinion and finding a place in vast, nullifying or unforgiving landscapes. Sometimes it is nature masking itself as benign, when in reality it has the "furious will" of a wrecking ball, smashing things in its path on the predictably unpredictable cycle of birth, growth and death… When a vital part of physical identity is taken away—as in the title poem where a French woman's face has been ripped off by her own dog, or in "Hands" where two Mexican women each lose a hand in successive industrial accidents—there is only emptiness left behind, and an even greater yearning for acceptance by the world. ”—Event 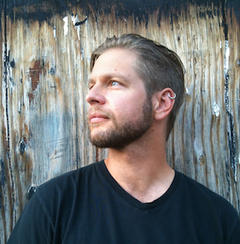 Other titles by Genni Gunn