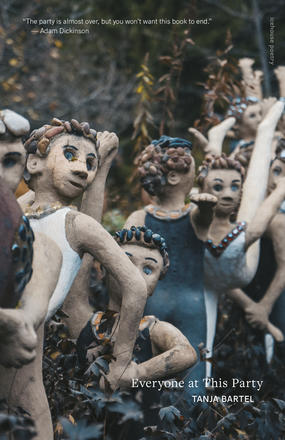 Everyone at This Party

Everyone at This Party

In Tanja Bartel’s riveting poetry debut, the bucolic Vancouver suburbs clash with the interpersonal. The reader dips into the lives of individuals whose day-to-day is anything but peaceful, altered ... Read more

In Tanja Bartel’s riveting poetry debut, the bucolic Vancouver suburbs clash with the interpersonal. The reader dips into the lives of individuals whose day-to-day is anything but peaceful, altered by luck and choice, fear and failure. In poems that light upon themes such as regret, guilt, and human empathy, Bartel highlights the arbitrary nature of life and the demons that persist within.

Unsentimental and blunt, but ultimately forgiving, Everyone at This Party scans the suburbs and tries to make sense of our private selves.

Tanja Bartel holds an MFA from the University of British Columbia. Her poetry and non-fiction have appeared in numerous venues including Geist, the Antigonish Review, and the American Journal of Medical Genetics. She lives in Pitt Meadows, BC.

"To be a willing attendee to Bartel's 'party,' means pulling up a bar stool and being prepared 'to percolate failure'; to listen to a string of 'faux pas' and phobias. Fear of failure, aging, crowds, opinions, noise numerals — and it would seem, grief itself — run rife . .. Reader, if this is your idea of a party, then Tanja Bartel’s is a book for you!"

"Everyone at This Party delves into a person’s relationship to their environment, their peers, and themselves in a seemingly cynical and yet humorous, honest, and lighthearted way. "

"The long party of modernity is almost over, the food and drink all but done. Yet still revelers rage into the night light-headed, quixotic, and heedless. Everyone at This Party is alive to the strange and provocative peculiarities of this moment. These are surreal and revelatory poems in which 'the predictability of eulogies offers zero comfort' while a 'neighbour removes the earth’s crust with a pressure washer. '"

"The collection is tough, yet vulnerable, much like a friend insisting that she is 'fine' through gritted teeth. "

"A bracing collection. These are tough-minded poems that pull no punches but still express a tough love for the world and its often hapless human inhabitants. Bartel’s voice is fresh and startling and painfully honest as it reflects on our flaws and fallacies, as well as our moments of grace within loss. "

"Bartel’s powerful debut collection perches 'on the edge of a great loss and a great green field,' held together by the sharp observations of an observer attuned to the ironies and absurdities of everyday life. In this collection, 'the suburbs teem with alcoholic fits,' phobias are opportunities for humor, and parties are places to be 'a single rude unit. ' The heart may be a 'chamber of regret,' but that doesn’t stop these poems from joking about death and hoping for good luck. With Bartel’s ear for music and eye for resonant imagery, these poems consistently surprise. " 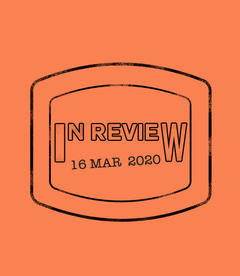 In Review: The Week of March 16th

Social distancing didn't stop us from featuring some pretty great authors on the blog this week: Raquel Fletcher talks about diversity in Quebec; Brian Orend talks Epilepsy and writing; and Jane Munro contemplates the relationship between deep listening and poetry. Plus we've ... Read more 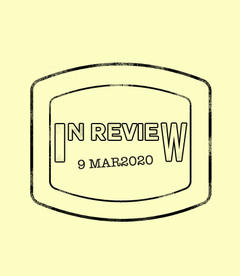 In Review: The Week of March 9th

Between terror-reading about Coronavirus, we soothed our fears with reading books and chatting with authors. Scroll on to see what we got up to this week. 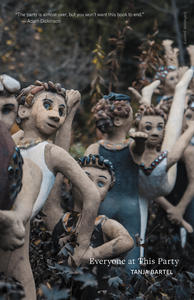 Two Poems from Everyone at This Party

Set in the seemingly-quiet suburbs of Vancouver, Tanja Bartel's poetry debut,  Everyone at This Party (Goose Lane Editions) highlights the lives of people whose everyday is anything but mundane exploring themes of regret, guilt, empathy, fear and failure. Scroll on for ... Read more