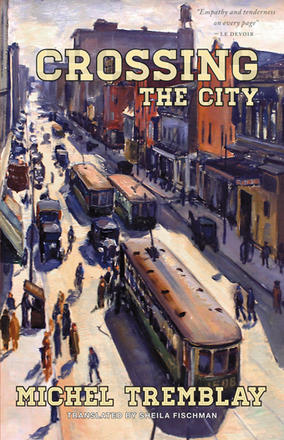 The story continues … The second in Michel Tremblay’s new series of novels presents two very different lives. We meet Maria as she leaves the city of Providence, Rhode Island, pregnant and alone. Two years later, we also meet Maria’s older daughter, Rhéauna, as she disembarks the train at Windsor Station, having crossed the continent from her grandparents’ farm in Saskatchewan, called home to Montreal to care for her one-year-old baby brother, Théo, while Maria works.

Along the way, Crossing the City affectionately and accurately depicts Montreal’s Plateau neighbourhood at the beginning of the last century. Readers will delight in the small details of description, and Tremblay fans will revel in the backstory to the characters of his great Chronicles of Plateau Mont-Royal, particularly of his mother, celebrated as Nana throughout his work, including as his famous Fat Woman next door. In this novel, Nana is the young Rhéauna, reunited with her mother, Maria, for better or for worse.

“In this novel, Tremblay not only gives his fans the background they crave on their beloved Plateau characters, he also sets the groundwork for understanding that the world and the people in it are Janus-like. Good and bad, French and English, country and city, moral and immoral, brave and scared, everything is all rolled up into this thing called life. ”
– Globe and Mail

“The reader has the impression of actually walking along rue Sainte-Catherine, licking the windows at Dupuis Frères or Ogilvy, inside the skin of this young girl who sees her new city of Montreal as a land of fairytales filled with trams and horse-drawn carriages … it is surprising to discover in this writer an impressive work that dazzles with freshness as young Rhéauna takes in the city on her first day there. ”
– Le Devoir

“One of the pleasures of this novel is Tremblay’s adept recreation of the period. … Tremblay’s deft and empathetic hand in portraying the world of children is evident … [a] cleverly structured novel … the last line surprises, shocks and slyly illuminates the depth of Tremblay’s diasporic vision. ”
– Event magazine

“…few men write about women with his empathetic immediacy and emotional acuity. The way they talk to each other, the various masks and voices they adopt according to the needs of the moment, their deep reserves of humour and compassion — the Desrosiers sisters, and indeed the young Nana, are so alive on the page that you all but hear them speaking. … it is to Sheila Fischman’s great credit that at not one moment in Crossing the City does the reader sense that something might be getting lost. … So, to answer the question: yes, it is good in English. ”
– Montreal Gazette 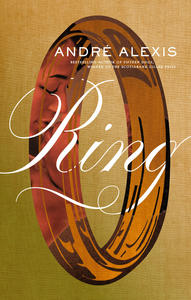