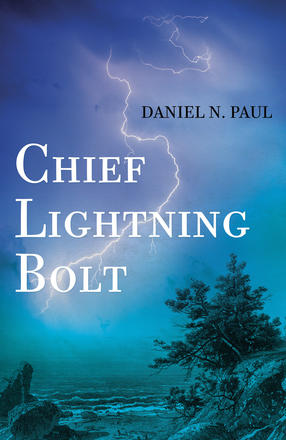 Here is a contemporary Mi’kmaq legend of the life of a great man, who becomes chief, the embodiment of Mi’kmaq values of humility, courage, honour, service and sacrifice of personal gain for the sake of others. He lived a long and storied life, hundreds of years ago, before ... Read more

Here is a contemporary Mi’kmaq legend of the life of a great man, who becomes chief, the embodiment of Mi’kmaq values of humility, courage, honour, service and sacrifice of personal gain for the sake of others. He lived a long and storied life, hundreds of years ago, before the arrival of the European scouts and, later, their warships. He was a renowned warrior but, more so, a peacemaker. His people followed him to the point of devotion, yet he was uncannily modest, even embarrassed by his own achievements. He suffered great loss, yet his understanding of his place, his role in a great society, a greater natural world and an inestimable metaphysical world, guided him through his pain.

Mi’kmaq readers may recognize these time-honoured themes based on traditional tales passing values generation to generation. Others will gain a new appreciation for what was lost under colonialism and the attempted genocide of this vibrant, sophisticated and successful culture and society.

With We Were Not the Savages, Daniel Paul changed the way the world understood the history of Eastern Canada and the fully developed civilization that existed before the arrival of the European explorers and settlers, and the nature of the subsequent violent attack on that culture. With Chief Lightning Bolt, Paul shows us exactly what was lost, the beauty of the Mi’kma’ki that once existed, the culture that survived and is only now beginning to recover.

Daniel N. Paul was born in 1938 on the Indian Brook Reserve, Hants County, Nova Scotia. He resides in Halifax with his wife Patricia. They have two daughters, Lenore and Cerena.

Paul is an ardent spokesperson and activist for human rights. He is freelance lecturer and journalist, has a small advisory business, is a Justice of the Peace for the province of Nova Scotia, a commissioner with Nova Scotia Police Commission and is involved in a multitude of other activities. He has served on several other provincial commissions, including the Human Rights Commission and the Nova Scotia Department of Justice’s Court Re-structuring Task Force. He holds, among many awards, an honourary degree in Letters, University of Sainte Anne, Church Point, Nova Scotia, is a member of the Order of Canada and is a member of the Order of Nova Scotia.

From 1971 until 1986 Paul was employed by the Department Of Indian Affairs—the last fi ve years as District Superintendent of Reserves and Trusts for the Nova Scotia District. In 1986 he accepted employment as the founding executive director of what became known as the Confederacy of Mainland Mi’kmaq (CMM). After building the Tribal Council into what became one of the best operated in the country he retired from the position in 1994.

— Randolph Bowers, author of Sacred Teachings from the Medicine Lodge

“Being with Chief Lightning Bolt from his beginning to the end, is a great way to learn the history of our ancestors. A unique way of teaching about the past. Wela’lin. ”

Other titles by Daniel N. Paul