The second part of Book I of “The Canticles” continues the dialogue -- as dramatic monologues -- of those who fostered the transatlantic slave trade, or who demonized the image of the Negro in the Occident; as well as those who struggled for liberation and/or anti-racism. ... Read more

The second part of Book I of “The Canticles” continues the dialogue -- as dramatic monologues -- of those who fostered the transatlantic slave trade, or who demonized the image of the Negro in the Occident; as well as those who struggled for liberation and/or anti-racism. In this work, Dante can critique Christopher Columbus and Frederick Douglass can upbraid Abraham Lincoln; Elizabeth Barrett Browning can muse on her African racial heritage and its implications for child-bearing, while Karl Marx can excoriate Queen Victoria. Book II will focus on Black folk readings of Scripture, Hebrew and Greek, with a few other religious texts canvassed too. Book III will narrate the rise of the African Baptist Association of Nova Scotia.

Like Virgil guiding Dante, Clarke guides us deep into the dark echo chamber of history where he remixes an epic catalogue of multicultural voices from Hannibal to Harriet “Moses” Tubman…. As spirited and incendiary as Ezra Pound’s querulous Cantos, Canticles is a manifesto that tells us -- howling, screeching, testifying, rhyming -- that poetry makes things happen, and that it has as much to tell us as ever.

In scintillating elegance, George Elliott Clarke conjures the dead to speak to the living in a modernist work that deftly juxtaposes multiple perspectives of the Hegelian master-slave dialectic. Clarke’s insightful poetry provides a unified version of a history laden with its accumulation of bodies and objects carted from Africa to Europe and onto the New World.

Each poem in this complex panorama poem is self-sufficient, and yet the lyrics add up to a searing picture of “civilizations” in their rise and fall, making no bones about the omnipresent human violence within us. Clarke’s erudition is spectacular; his sense of timing remarkable, and he superbly renders the speech patterns of his figures…. 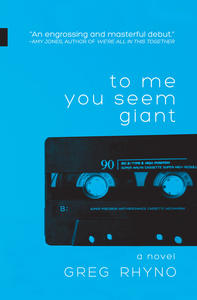