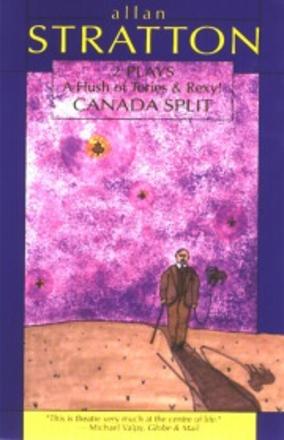 Read together, A Flush of Tories and Rexy! form comic bookends, the first viewing our current dilemmas in the context of Conservative leadership in the last century; the second, in the context of more recent Liberal leadership. A Flush of Tories was widely produced in Canada and adapted for a drama special on CBC; Rexy! won the Chalmers Award, the Dora Mavor Moore Award, and the Canadian Authors' Association Award.

Allan Stratton is the internationally award-winning author of Chanda's Secrets and Borderline. He is also a playwright whose hits include Nurse Jane Goes to Hawaii and Rexy! Stratton's first adult novel, The Phoenix Lottery, was shortlisted for the Stephen Leacock Medal for Humour. He lives in Toronto.

“Rexy! is not only as topical as the debate on the constitution but it is a great deal wittier. Here is Canadian history rendered with tongue tucked firmly in cheek without, however, demeaning [Prime Minister William Lyon Mackenzie] King himself. King is a cunning, indeed superb, politician as well as a rare and fascinating eccentric. The grandson of the rebel William Lyon Mackenzie, he was in thrall to history. He was also a spiritualist who conducted seances in his Ottawa home and a lifelong bachelor who bought sex from prostitutes. And as Stratton makes clear, he was also as vain as a turkeycock, a little man fretting to strut on the world stage denied him by his Quebec constituency. ”—The Toronto Star

Other titles by Allan Stratton