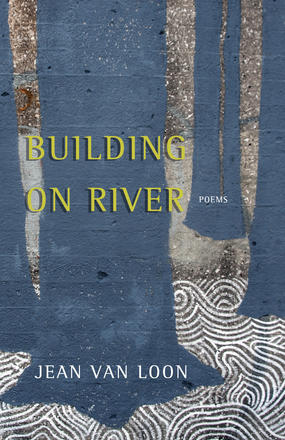 This narrative in verse builds on known facts to imagine the life of John Rudolphus Booth, who arrived in roughhouse Bytown in the early 1850s with a wife, a child, and carpenter’s tools bought on credit. In the growing new capital of Canada, he built a storied empire on the ... Read more

This narrative in verse builds on known facts to imagine the life of John Rudolphus Booth, who arrived in roughhouse Bytown in the early 1850s with a wife, a child, and carpenter’s tools bought on credit. In the growing new capital of Canada, he built a storied empire on the river power and forests of the Ottawa Valley. The poems speak in varied voices – of Booth himself, family members, business associates, employees, visiting royalty and tavern wags – collectively evoking the man, the place, and the times with drama, insight, and vivid sensory detail.

Jean Van Loon lives with her husband in a home that is an easy walk to the Ottawa River. Since retiring from a career as a public servant and head of the steel industry's national trade association, she has published poems and stories in literary magazines across Canada. When not at her desk, she often walks through the Experimental Farm, comprised in large part of farmland bought from J.R. Booth, or along the river where he got his start. Building on River is her first book-length publication.

Building on River is full of lyrical moments and metaphor.

"While each of van Loon’s poems rests light on the page, collectively they carry great weight, conjuring the march of John Rudolphus Booth from restless, Lower Canada farm boy to international lumber tycoon. A carefully researched, richly imagined, finely written, and masterfully constructed collection that not only tells the story of Booth himself, but that of a river, an industry, an era, and the emergence of Ottawa as our young country’s new capital. An impressive and ultimately moving literary feat. Bravo!"

Jean Van Loon has reinterpreted, rendered if you like, biography, extensive research, heresay and conjecture, all of it into a timeless tapestry. This brocade plays out, almost seamlessly, in the mind's eye, as though the reader were watching a movie. Van Loon is cinematic.

Van Loon’s musical ear drew me into the narrative fast. ..