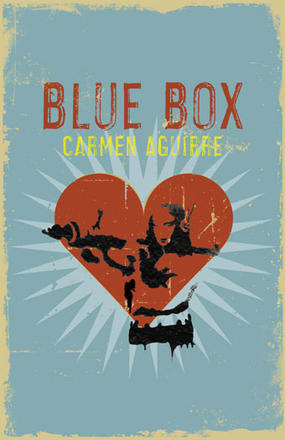 Six years after ﬂeeing the 1973 military coup that overthrew Salvador Allende, the democratically elected, socialist leader of Chile, eleven-year-old Carmen Aguirre and her family return to South America to join the underground resistance. At eighteen, Carmen commits herself ... Read more

Six years after ﬂeeing the 1973 military coup that overthrew Salvador Allende, the democratically elected, socialist leader of Chile, eleven-year-old Carmen Aguirre and her family return to South America to join the underground resistance. At eighteen, Carmen commits herself to the movement, running a safe house on the border between Chile and Argentina. Forfeiting her ﬁrst marriage to the pressures of revolutionary life, and living for years with the ever-present fear of capture and torture for her opposition to the Pinochet regime, Aguirre realizes the sacriﬁces she who unconditionally loves the cause must make. “When one is in the revolution,” she says, “having a personal life is an act of treason. ”

Fifteen years later, in Los Angeles, Carmen once again unconditionally gives everything of herself – for love of a diﬀerent kind. She begins a sexually passionate but emotionally impossible relationship with a handsome Chicano TV star whom she pursues as relentlessly as she herself was once hunted.

Emphasizing the tensions between these two modalities of loving, Aguirre’s monologue intercuts recollections of events that, although they are disconnected in time and space, together comprise two “core stories” that deﬁne her, and which she is challenged to reconcile.

In this sexy, fast-paced, and darkly comic follow-up to her acclaimed autobiography, Something Fierce: Memoirs of a Revolutionary Daughter, Aguirre ultimately asks: Between the extremes of love for the political cause and love for another, how and where does one create space for self-love?

Carmen Aguirre
Carmen Aguirre is a Vancouver-based theatre artist who has written and co-written 14 plays. As an actor, Aguirre has thirty film and TV credits, including a lead role in the independent feature Quinceañera, winner of the Grand Jury Prize and the Audience Award at the 2006 Sundance Film Festival, an Independent Spirit award, GLAAD awards and various People’s Choice awards at festivals around the world.

CARMEN STAYS IN THE SAME SPOT AND CONTINUES TALKING

He was sent to me by my grandma Carmen. She died in 1993 but she’s always with me.

The year was 1997. I was a newlywed. Only thing is, within four months of the wedding we were separated. I like to blame it on cultural differences: he was a pink dick boarding school rugby player whose parents never said I love you. But it was more complicated than that. The point is we had just separated, and I lay sobbing on my bed for the fifth week in a row. It was four in the morning. And my grandmother's ghost arrived. All four feet of her. She looked me straight in the eye: “Stop this. Right now. Look in front of you. ”. I know exactly what she meant: Look in front of you, you fucking idiot. You are in a warm house with food in the fridge and you are in perfect health. Shut up already. So you married a pink dick. And he was too cold for you and you were too hot for him. Now get the fuck over it and look in front of you.

My grandmother was floating above me. Did you know that when ghosts are floating above you their clothes respect the law of gravity? Seriously, I saw her underwear. She was so cute. Anyway, my grandmother vanished, and replaced herself with a light. The light started like a dot in the distance, and it moved at lightning speed, directly toward my face. It was orange, like a raging sunset. At the centre of the light was the face of a man. His eyes were brown, his skin was bronze, and he smiled at me. It was the most gorgeous man I had ever seen in my entire fucking life. And he brought me peace. My grandmother said, “He’s Chicano. His mother is Mayan. He’s younger than you. He’s from San Francisco. He has a really big heart. Look in front of you: He exists”. Then she was gone, taking the vision with her. And for the first time in weeks, I fell sound asleep.

A year and a half later the divorce was final. My birthday rolled around. It had been four months since the divorce and I had been crying every single day for two years straight. It wasn't just the loss of someone I had loved. It was about my fear of being alone. For I equated being alone with a slow and torturous death. But the sun came up on my birthday and it hit me: I wasn’t crying. I pulled up to set, where I was to film a TV show, playing a woman twenty years my senior. My role was of doormat Latina mother of two gang-bangers in East L. A. All I have to do is fall to my knees a lot in front of my Guadalupe shrine and be an all-around fucking victim.

I sat in the make-up trailer. I looked like shit. It wasn’t just the indented wrinkles on my face and fake grey in my hair, it was the tight bun and hideous house dress that did me in. I tried to avoid looking at my ugly self but then that vision, the one sent to me almost two years earlier by my grandmother, appeared in the mirror.

It moves closer, catching my eyes. Then the vision touches my shoulder. “Hi. I’ll be playing your son”. He glows like a Chiapas amber, and his accent wets my underwear: he is a California Chicano. He wears a wifebeater and low jeans with his entire ass hanging out. The jaw-dropping ass is covered by a pair of boxer shorts. He peels off the wifebeater, flexes his biceps and winks. While I sit there looking like my grandmother when she’d head to the chicken coop in her house dress. Then I realize he’s not flexing at me. He’s flexing for the make-up artists who are now drawing tattoos of La Lupe, a sacred heart, an Aztec warrior, and the words El Chulo – Mexican slang for “the gorgeous one”- on his six-pack. He tells me he's from San Francisco and now lives in L. A., that he's first-generation Chicano and that his mother is Mayan. And he’s five years younger than me.

I have to play Vision Man’s mother for a week straight. My grandmother gets bored on the other side, so this is her form of entertainment: watching me cream myself while dressed like her. Not only is Vision Man a monument to male beauty, he’s a Zapatista. When your grandmother sends you a gorgeous motherfucker who belongs to La Raza and is on the left, you take it very seriously. Vision Man is, one hundred percent, no holds barred, undoubtedly The One.

On his last night in Vancouver we hook up. I know I will get laid. Which is in and of itself a coup. A cunt coup. It is beyond my comprehension why I have chosen to live in a country where cobwebs grow on your cunt, but the point is, I have. So when you KNOW you’re going to get laid, the event takes on coup-like proportions. And when you know you’re going to get laid by The One, well, you basically go into a fucking seizure.

The night of nights unravels like a movie. Better even. The first thing to do is to let him know that I am not this butt ugly senora. The first thing to do is to let him know, without a shadow of a doubt, that I am Woman. With a capital W. So I wear what any sensible woman suffering from blue cunt would wear: snakeskin pants cut so low it’s impossible to wear underwear with them, spike heels, eighties hair, heavy mascara and a gold chain around the waist. Thank God I’ve been waxing religiously, because if you don’t, that’s when the guy you end up fucking walks into your life. As for him, he's out of his gang-banger gear and for the first time I get to see the real him, dressed in a black leather jacket, jeans that fit just so and black Italian shoes.

After discussing the plight of the Palestinians, the burial of Che Guevara’s remains in Cuba, and the international connotations of Pinochet’s arrest in England, we shut down the restaurant we're at and, being no fool, we end up sitting in my car at Spanish Banks.

THALIA'S AMOR A LA MEXICANA STARTS TO PLAY AT A LOW VOLUME.

TexMex plays on my stereo as I try to remember how to send out the “Please fuck me immediately” signals without looking as desperate as you actually are. A fine balance, a skill that one develops in a nordic country where getting laid is tantamount to reaching the summit at Mount Everest. Thalia sings “Amor a la Mexicana”, Love The Mexican Way.

“Vivid tapestry of love, loss and desperation. ”
– West of West

"The play pivots on the fascinating contradictory impulses in this one person: the selﬁshness of sexual passion versus the selﬂessness of passionate revolutionary commitment. A good storyteller, Aguirre runs the full gamut of emotion. ”
– Vancouver Province

“Blue Box is an unapologetic story of power, told with power. Its narrative bathes in it, bemoans the loss of it, fights it and fears it. ”
– Monday Magazine

“She has the force of a hurricane. Aguirre deals in love instead of destruction. ”
– Mooney on Theatre