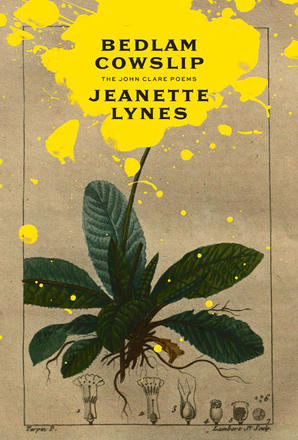 In this collection Jeanette Lynes' follows in the tradition of Michael Ondaatje's The Collected Works of Billy the Kid. In Bedlam Cowslip, she turns her attention to the life and work of John Clare, the great Victorian poet ... Read more

In this collection Jeanette Lynes' follows in the tradition of Michael Ondaatje's The Collected Works of Billy the Kid. In Bedlam Cowslip, she turns her attention to the life and work of John Clare, the great Victorian poet of the countryside, one of England's greatest working-class bards. In these poems, the Romantic world of Clare, strewn with wild flowers and dizzy with birdsong, is visited by a new, postmodern voice, and the conversation that ensues across a dozen decades is profound and dazzling.

Painstakingly researched and deftly crafted, the poems share Clare's loves, ambitions, rages and failures. With lines that echo the sharpness of Dorothy Livesay and the richness of Roo Borson, Lynes writes of madness, scarce paper and of the intense attention Clare brought to his world. In this book Lynes has created an uplifting poetic biography on a bright poetic star that has been rising for over a century.

Jeanette Lynes is the author of seven collections of poetry. Her most recent book of poetry, Bedlam Cowslip: The John Clare Poems (Wolsak and Wynn, Buckrider Books, 2015), received the 2016 Saskatchewan Arts Board Poetry Award. Her poetry won the 2010 Nick Blatchford Occasional Verse Award from The New Quarterly and has been nominated for a National Magazine Award. She has also received the Bliss Carman Poetry Prize and been shortlisted for the Pat Lowther Memorial Award.She has taught creative writing at a number of universities, and has been a writer-in-residence on three separate occasions around Canada.Currently, Lynes is director of the MFA in Writing at the University of Saskatchewan.

"A real rapacious romp through the fields of blooms and language. The reader instantly draws closer to Clare and his era through Lynes? wicked ability to empathize with the thoughts, motions, aches and losses of this singular poet. " - Marrow Reviews

"Cloaking herself in the linguistic and political passions of a nineteenth-century peasant-poet boy wonder, Lynes succeeds in reanimating a remarkable, singular voice that might otherwise be hard for many contemporary ears to truly hear, while at the same time inflecting it with her own accent: that of a woman writing in the post-colonial twenty-first century, many generations after the societal changes and tensions that affected Clare, but in a time when his own concerns ring ominously clear. " - Fiddlehead 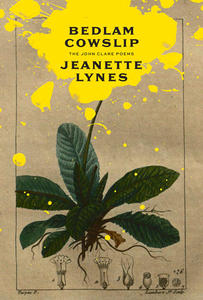 The romantic world of Victorian England is brought to life in Bedlam Cowslip, the latest collection from Jeanette Lynes, published this past fall by Wolsak & Wynn. Through an exploration of the life and work of John Clare, a working-class bard of the English countryside, ... Read more